U.S. President Donald Trump countered claims Monday that pulling out of the JCPOA nuclear deal with Iran would have a negative impact on his talks with North Korean leader Kim Jong-Un.

Trump told reporters at a news conference, “I think it sends the right message. You know in seven years that deal will have expired and Iran is free to go ahead and create nuclear weapons.”


The president is due to decide on May 12 whether the U.S. will continue with the JCPOA or withdraw. Trump had no answer for reporters who asked which way the decision would go. “We’ll see what happens,” he said, but added that the current status was “just not an acceptable situation.

“They’re not sitting back idly,” he commented. “They’re setting off missiles, which they say are for television purposes. I don’t think so.”

However, Trump also pointed out that even if the U.S. withdraws from the current agreement, “That doesn’t mean we won’t negotiate a real agreement.”

Iran has said that if the U.S. withdraws from the JCPOA, it can and will begin to enrich uranium to high levels – the step prior to creating military-grade fuel for a nuclear reactor in preparation for creating an atomic weapon.

The head of Iran’s Atomic Energy Organization, Ali Akbar Salehi, was quoted by Iranian state television as saying “Iran is not bluffing … Technically we are fully prepared to enrich uranium higher than we used to produce before the deal was reached … I hope Trump comes to his senses and stays in the deal.” 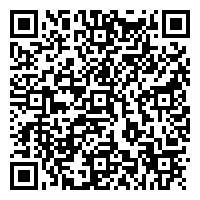