As he took the podium Tuesday night, before a joint session of Congress, President Donald Trump addresses head on the issue of hate in America, specifically anti-Semitic hate.

“Tonight, as we mark the conclusion of our celebration of Black History Month, we are reminded of our Nation’s path toward civil rights and the work that still remains,” was Trump’s opening line, followed immediately by: “Recent threats targeting Jewish Community Centers and vandalism of Jewish cemeteries, as well as last week’s shooting in Kansas City, remind us that while we may be a Nation divided on policies, we are a country that stands united in condemning hate and evil in all its forms.”

The president did not mention Jews at any later point, and his sole direct reference to Israel was part of his comments on action against US foes in the Middle East: “I have […] imposed new sanctions on entities and individuals who support Iran’s ballistic missile program, and reaffirmed our unbreakable alliance with the State of Israel.”

Trump had plenty to say about Islamic terrorism, emphasizing the newly legitimized use of the full term, “radical Islamic terrorism,” which officially replaced President Obama’s fainter use of “violent extremism,” which avoided actually pointing at the obvious 800 pound Muslim gorilla in the room.

According to Politico, Lt. Gen. H.R. McMaster, Trump’s national security adviser, implored the president to stop using “radical Islamic terrorism,” because, the new adviser argued, terrorists who call themselves Muslims aren’t following the teachings of Islam. McMaster also argued that by using the phrase “radical Islamic terrorism,” the president would have a harder time partnering with key Arab allies.

It appears that Trump paid no attention to McMaster on this point, when he opened his segment about terrorism saying: “Our obligation is to serve, protect, and defend the citizens of the United States. We are also taking strong measures to protect our Nation from Radical Islamic Terrorism.

“According to data provided by the Department of Justice, the vast majority of individuals convicted for terrorism-related offenses since 9/11 came here from outside of our country. We have seen the attacks at home — from Boston to San Bernardino to the Pentagon and yes, even the World Trade Center.

“We have seen the attacks in France, in Belgium, in Germany and all over the world.

“It is not compassionate, but reckless, to allow uncontrolled entry from places where proper vetting cannot occur. Those given the high honor of admission to the United States should support this country and love its people and its values.

“We cannot allow a beachhead of terrorism to form inside America – we cannot allow our Nation to become a sanctuary for extremists.

“That is why my Administration has been working on improved vetting procedures, and we will shortly take new steps to keep our Nation safe – and to keep out those who would do us harm.

“As promised, I directed the Department of Defense to develop a plan to demolish and destroy ISIS – a network of lawless savages that have slaughtered Muslims and Christians, and men, women, and children of all faiths and beliefs. We will work with our allies, including our friends and allies in the Muslim world, to extinguish this vile enemy from our planet.” 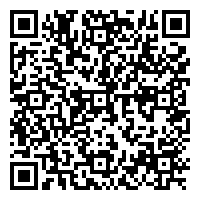