Prime Minister Benjamin Netanyahu will appear before the Knesset State Control Committee to respond to the allegations against him in the State Comptroller’s report issued on Tuesday. The report was very critical of the PM’s and Defense Minister’s performance during the 2014 Operation Protective Edge in Gaza.

The report determined that information emanating from the battlefield did not reach all the decision makers, to the point where a procedural failure became an operational one.

The part of the report which deals with the home front was critical of the absence of proper means of protection for the border communities in the south and the north. The part of the report which deals was not submitted to the public, other than an executive summary which blames the security apparatus of lacking a cohesive strategy regarding the threat from Gaza and Lebanon, as well as a determination that the elimination of terror tunnels on both fronts has only been partial.

Also not published was a fourth segment dealing with the possibility that the IDF violated international law during the 2014 operation.

MK Karin Elharrar (Yesh Atid), Chair of the Knesset State Control Committee, said that the hearing of the Prime Minister’s testimony, on April 19, will be broadcast live, stressing that “Netanyahu will appear before the committee because he owes an answer to the bereaved families, to the warriors preparing for the next war and to the entire nation of Israel.”

Elharrar promised, “I will not allow the PM nor anyone else to evade the questions and the need to be better prepared for the next war. The failures mentioned in the Comptroller’s report should never be repeated. 2014 Operation Protective Edge is an open wound, and I’ve been engaged for the longest time attempting to coordinate with the PM the debate on the report, to avoid needless delays.”

“It’s a shame he’s been doing everything to evade and play for time. If it were up to me we could have the debate next week,” MK Elharrar stated. 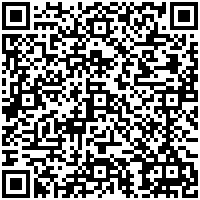