U.S. President Donald Trump did some damage control on Tuesday after American media trashed his performance at the joint news conference held Monday with Russia’s President Vladimir Putin in Helsinki.

Striving to underline his oft-repeated insistence there had been no collusion between his presidential campaign and Russia, Trump told reporters at the news conference that he was waiting to see hard evidence in the form of a “missing server” that would provide concrete information leading to direct proof of guilt before deciding otherwise.


That answer pleased no one and even led some in media to actually quote others who concluded the president was a “traitor.”

The president sometimes does experience the occasional verbal stumble, so that is not exactly a stretch.

Trump also told reporters that he maintains his “full faith and support for America’s great intelligence agencies.” He then came out with a plain, blunt statement, as if the ensure that no further media error would be made.

“I accept our intelligence community’s conclusion that Russia’s meddling in the 2016 election took place,” the president said. He added — as if to make sure he remained fair to the end — that it “could be other people also; there are a lot of people out there.”

Last Friday, the Justice Department announced the indictment of 12 Russian military officers for alleged interference in the 2016 presidential elections.

The 12 individuals hacked into computer systems of 2016 Democratic presidential candidate Hillary Clinton and the Democratic Party, stole information and then made the obtained documents public while working for the Russian GRU military intelligence service, according to the indictment. 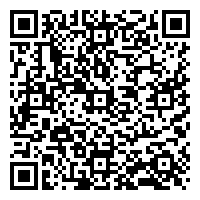