Friedman tweeted his joy in a photo on Twitter, saying he was “So proud to share the stage with” U.S. Vice President Mike Pence, Secretary of State Mike Pompeo, National Security Adviser John Bolton and Special Representative for International Negotiations Jason Greenblatt. “What a powerful and meaningful event!” he wrote.

So honored last night to receive the Defender of Israel Award from @PastorJohnHagee and Christians United for Israel. So proud to share the stage with VP Pence, Sec. Pompeo, Amb Bolton and SR Greenblatt. What a powerful and meaningful event! @CUFI. pic.twitter.com/9FYNjVaCk6

The star-studded event, which drew major political leaders from the international arena, also provided a forum for Greenblatt to address the flak that members of the Trump Administration are receiving for participating in the inaugural ceremony for the Pilgrimage Road in Jerusalem, a unique archaeological discovery unveiled last month.

“David and I got criticized so heavily for attending this event,” Greenblatt told guests at the CUFI conference in Washington, adding one of the main accusers was PA chief negotiator Saeb Erekat, who was “pretending, as they often do, that this tunnel was mythical, that it was fake.

“We were accused of Judaizing the city. We will not tolerate that kind of language. I know that’s been tolerated before, but under President Trump, we will push back every single [time].

“You cannot possibly build peace without a foundation of truth,” Greenblatt pointed out, “and for somebody to suggest that this tunnel is not the truth, they need to be corrected.” 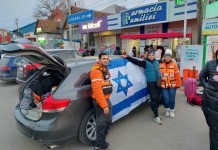 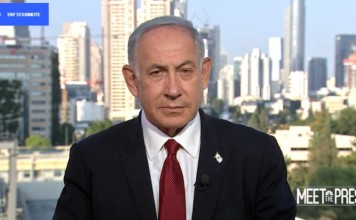 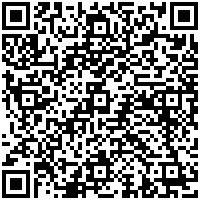