Laurie Cardoza-Moore, President of Proclaiming Justice to The Nations (PJTN), is initiating a national media campaign demanding the removal of William Latson, a former principal at Spanish River High School in Boca Raton, Florida, whose story of telling a concerned parent that “not everyone believes the holocaust happened” was first exposed by the Palm Beach Post. Latson was “reassigned’ by the local school district.

“Being here in Florida for a speaking event, I suddenly found myself at ground zero when the story broke. PJTN has earned the reputation of being a major media ‘go to’ in the battle against antisemitism to bring media awareness to this story. We’re now following the trail of Latson’s ‘reassignment’ with the Palm Beach County School District and demanding he be terminated not moved to a new job that will remotely at any level interact with the administration of education to Florida children going forward,” the Evangelical leader said.

The story broke after a concerned parent inquired about the school’s position on Holocaust education. Cardoza-Moore, who also hosts the award-winning television program Focus On Israel, which reaches a global weekly audience of over 2 billion viewers, called on the power of the PJTN support base to demand Latson’s immediate removal for statements and actions that contradict multiple national and state laws on antisemitism.

With the rise of anti-Semitism nationwide, and Florida specifically, Governor Ron DeSantis made international headlines after signing a bill making antisemitism illegal in K-12 textbooks and curriculum in Florida. Additionally, the law requires Holocaust education by law in the State of Florida and calls “Holocaust denial” illicit.

Cardoza-Moore stated: “William Latson needs to be fired immediately. Not only is he in violation of state law, but when an educator is incapable of defending documented history – he has crossed the line and has become a threat to our children, our communities and the future of this nation. His actions legitimize the outrageous claims by marginalized groups that the Holocaust didn’t happen or wasn’t as bad as history claimed. Even how he wrote the word “holocaust” in his email communication to the parent using lowercase “h” instead of the accurate grammatical choice of capital H is quite telling. He cannot say that his choice of words was not intentional.”

On April 12, 1945, General Dwight D. Eisenhower first saw the horror of the Nazi concentration camps. In a prophetic statement he said, “I visited every nook and cranny of the camp because I felt it my duty to be in a position from then on to testify at first-hand about these things in case there ever grew up at home the belief or assumption that the stories of Nazi brutality were just propaganda.” Upon his command, the camps were filmed and photographed as a testimony to what happened.

As our Holocaust survivors and our World War II veterans leave us, it is incumbent upon all future generations to ensure that the atrocities of the Nazis are accurately communicated to our posterity.

PJTN is calling on all people of conscience to get behind this campaign and raise their voices nationwide until Latson is dismissed. If an educator can do this without permanent ramifications in Boca Raton, a community with a large Jewish population, it can be done anywhere. It is time to draw a line in the sand to combat this threat to our communities.

Cardoza-Moore concluded, “Days ago we celebrated our nation’s victory over tyranny, we cannot allow our children to be taught by Nazi sympathizers who are led by hate and not the Constitution or laws of this land. His statements and actions are a clear violation of Federal and local Florida law and he should be out of a job this week.” 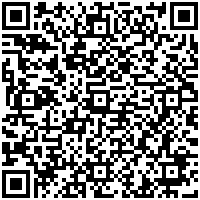