Pentagon Press Secretary John Kirby issued the following statement Thursday morning: “US Special Operations forces under the control of US Central Command conducted a counterterrorism mission this evening in northwest Syria. The mission was successful. There were no US casualties. More information will be provided as it becomes available.”

An US?? Air drop and fights at the early morning in Atme/#Idlib. and locals reported that US soldiers say via speakers “Give up, Abu Obaida”.#Syria #idleb #SyriaHighlights pic.twitter.com/nUQgiLUgFm


According to the Syrian Observatory for Human Rights, US helicopters carried the special forces after midnight to a house in the town of Atmeh in Idlib Province, near the Turkish border, in an area that’s controlled by Syria rebel forces. On the way to their target, the helicopters hit with heavy machinegun fire areas between Aleppo and Idlib Provinces, near the Deir Ballut village.

The soldiers used loudspeakers to call on the residents of the house in Atmeh, which is located near a school, to evacuate women and children, before the force stormed the house. There was a tense pause of about two hours, after which fierce clashes erupted between the US forces and gunmen, resulting in confirmed reports of nine fatalities, two of them children and one woman. It was a major battle, with the defenders of the house and terrorists in nearby houses shooting rocket-propelled grenades and other weapons at the soldiers.

One US helicopter had a mechanical problem and was forced to land, to be destroyed later by a US warplane.

The Observatory reported that Thursday morning’s operation was the biggest in the area since the October 2019 US raid in Idlib that took out the ISIS “Khalif” Abu Bakr al-Baghdadi. It is believed that the latest operation, too, was aiming to capture one or more senior terrorist leaders in the area, from either al-Qaeda or ISIS. Their identities have not yet been clarified or verified.

Eventually, the US special force flew off with the remaining helicopters. 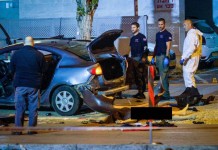 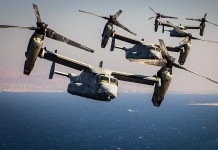