Zach Fish, who serves as the chief of staff for New York Congresswoman Mondaire Jones (Dem-Westchester County) tweeted on Monday: “As I left my office in Longworth yesterday, I discovered something that, as a Jew, horrified me. At the United States Capitol Police security checkpoint, someone had left vile anti-Semitic propaganda in plain sight.”

Fish continued: “For those of you who don’t recognize this, it is one of the foundational white supremacist texts of the 20th century. It inspired Hitler himself and served as justification for his killing of 6 million Jews in the Holocaust.”

For those of you who don’t recognize this, it is one of the foundational white supremacist texts of the 20th century.

It inspired Hitler himself and served as justification for his killing of 6 million Jews in the Holocaust.https://t.co/Xi4WTZHxsA

The book which the congressional aide discovered on a table inside an entrance to the Longworth House Office Building was a printed copy of the Protocols of the Meetings of the Learned Elders of Zion. The Protocols is an anti-Semitic text and one of the best-known works of literary forgery. It’s an early example of conspiracy theory literature. Written mainly in the first person plural, the text includes generalizations, truisms, and platitudes on how to take over the world: take control of the media and the financial institutions, change the traditional social order, etc. It does not contain specifics. The Protocols was first published in Russia in 1903, translated into multiple languages, and disseminated internationally in the early part of the 20th century.

Henry Ford paid to print 500,000 copies of the Protocols that were distributed throughout the United States in the 1920s. Portions of it were taught to German schoolchildren after the Nazis came to power in 1933, 12 years after having been exposed as fraudulent by The Times of London in 1921 and the Frankfurter Zeitung in 1924. The work remains widely available in numerous languages, in print, and on the Internet, and continues to be presented by neofascist, fundamentalist, and anti-Semitic groups as a genuine document. It has been described as “probably the most influential work of anti-Semitism ever written.”

Fisch saw and photographed the book around 7 PM Sunday when he was exiting through the South Capitol Street entrance to the Longworth Building, which is a 24-hour entrance to the House of representatives. He then sent the photos to The Washington Post, which provided them to the Capitol Police on Monday morning and asked for a comment. On Monday evening the CP responded that acting chief Yogananda D. Pittman had suspended an officer pending an investigation “after anti-Semitic reading material was discovered near his work area on Sunday.”

Pittman issued a statement saying, “We take all allegations of inappropriate behavior seriously. Once this matter was brought to my attention, I immediately ordered the officer to be suspended until the Office of Professional Responsibility can thoroughly investigate.”

According to The Post (Capitol Police officer suspended after antisemitic document found at checkpoint), it’s not clear from the photos sent by Fish who had put the book at the entrance, but it was kept in a binder. CP officers have been suspected of cooperating with rioters on the Hill during the insurrection of January 6. Videos from that day show officers taking selfies with rioters and letting them skip security. One officer allegedly shook hands with rioters and told them, “It’s your house now.” 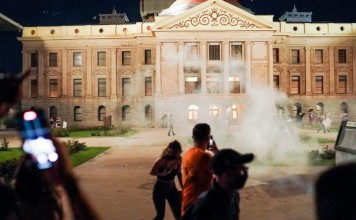 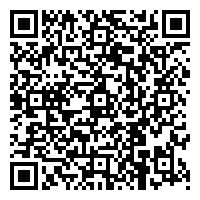