The White House announced Wednesday that the U.S. Treasury Department is imposing sanctions on two key Turkish officials in response to the continued detention of American pastor Andrew Craig Brunson.


The evangelical pastor, who has lived for more than 20 years in Turkey, was arrested and jailed in December 2016. He was imprisoned on terror and espionage charges more than a year and a half ago. Brunson, a native of Black Mountain, North Carolina, led the Izmir Resurrection Church. His arrest came in the aftermath of a failed 2016 coup attempt against the government of President Recep Tayyip Erdogan. Bruson was accused of allegedly supporting outlawed Kurdish rebels and a network led by U.S.-based Turkish Muslim cleric Fethullah Gulen.

But the arrest actually followed the U.S. refusal to extradite the Turkish cleric to the Erdogan regime. Gulen, who once was a friend of Erdogan but in recent years has been perceived as threat to his autocratic rule, is a long-time resident of the United States.

The pastor, 50, was released to house arrest earlier this month, but not freed in what the Trump administration had been led to believe was to have been a “prisoner swap” with Israel, in which the Jewish State released a Turkish citizen who was being held on suspicion of incitement and terrorist activity.

The United States will impose large sanctions on Turkey for their long time detainment of Pastor Andrew Brunson, a great Christian, family man and wonderful human being. He is suffering greatly. This innocent man of faith should be released immediately!

But Turkey’s President Recep Tayyip Erdogan said in response that the U.S. could use sanctions to make Turkey back down.

On Wednesday, Erdogan slammed the U.S. over the issue, according to Turkey’s Anadolu news agency. “Turkey has no problems related to [religious] minorities. Threatening language of the US evangelist, Zionist mentality is unacceptable,” Erdogan told journalists in parliament on Wednesday, railing against U.S. Vice President Mike Pence’s accusation that Brunson was a victim of religious persecution.

Several days later, a Turkish court rejected an appeal by the pastor, asking to be released from house arrest as his trial continues on terror and espionage charges. 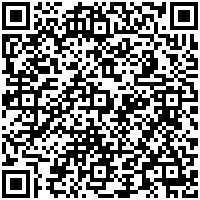