“I’m pleased to announce the U.S. Congress has approved a record sum for [Israel’s] missile defense: $705 million in 2018,” Liberman wrote in a tweet. “We will continue to develop the multi-layer anti-missile defense system. Our enemies who try to harm us will be surprised by the capabilities we have developed.

“Tomorrow I will meet in Jerusalem with a delegation of Congressional members headed by Israel’s friend, Nancy Pelosi, and [will] thank them personally.

“I’m grateful to our great friend, the United States, which has invested some $6.5 billion in defending the skies of the State of Israel to date,” Liberman continued.

“We are grateful for the assistance and an uncompromising commitment of the government and the Congress, to the security of Israel.” 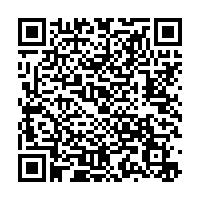