The US military is preparing for any possible attempts by Iran to avenge the death of its late Quds Force military commander, Qassem Soleimani, who was eliminated last week in a drone strike by US forces in Iraq.

The Pentagon on Monday ordered six US Air Force B-52 bombers to deploy to Diego Garcia, a British-controlled island in the Indian Ocean, also for possible operations against Iran.

Today we launched about 50 F-35s in rapid succession. Part of a long-planned combat power exercise with @388fw, we pushed the boundaries and tested our Airmen’s ability to deploy @thef35 en masse. We’re ready to fly, fight, and win. @usairforce @USAFReserve @USAF_ACC pic.twitter.com/QskjR6lsch

The fighter wings are home to 78 aircraft. “As the Air Force’s only combat-capable F-35A units, the wings must be prepared to launch any number of aircraft to support the national defense mission at a moment’s notice,” according to a report on the official US Air Force website.

“Today’s exercise marks the accomplishment of over four years of work — a little over four years ago, we received our first F-35,” he said. “We now have our full complement of aircraft and locally, we turn this into a goal of full war-fighting capability.”

There are more than 2,000 airmen and civilian professionals assigned to the active duty 388th and reserve 419th Fighter Wings.

Last year, they began regularly supporting combat operations with the F-35A with consecutive deployments. From April to October 2019, the pilots deployed to Al Dhafra Air Base, United Arab Emirates, and conducted combat operations in support of the Central Command mission in the region.

“In October, they departed on their second combat deployment,” the report said. The deployment details were not disclosed.

Currently, the wings fly 30-60 sorties per day from Hill’s flight line. During the exercise, Airmen launched roughly the same number of daily sorties, but they took off in quick intervals. Officials said the exercise was part of normal, scheduled training operations and not a response to any current events. 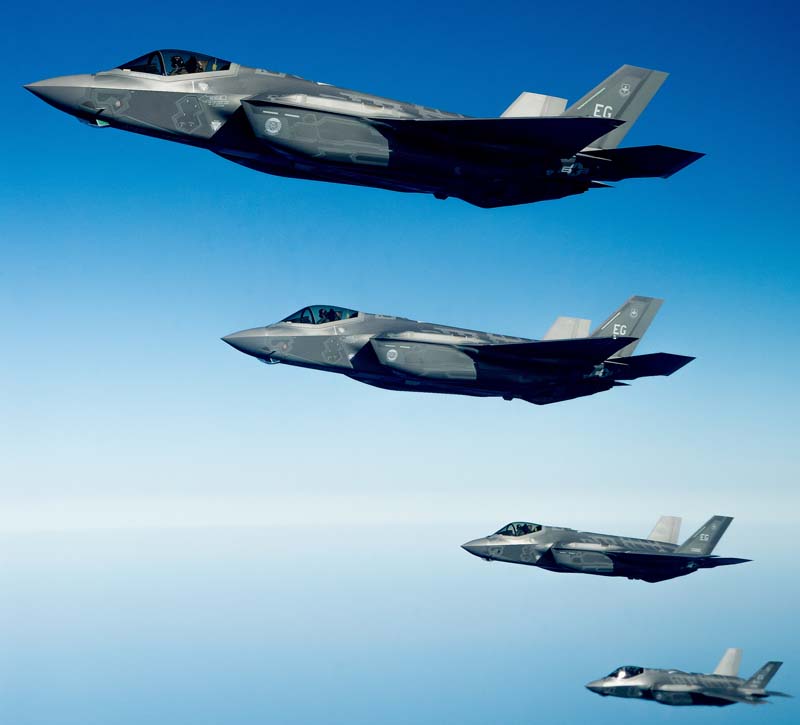 IRGC Fires 15 Missiles at US Bases in Iraq, Then Vows to Attack Dubai & Haifa If Iran is Bombed