One man is dead and at least eight others were injured early Tuesday when a 6.4-magnitude earthquake rocked southern communities on the island nation of Puerto Rico. The governor has signed an executive order declaring a state of emergency, and in order to activate the National Guard, ABC News reported.

“The whole island is without power.”

An earthquake in Puerto Rico killed at least 1 person, collapsing buildings and knocking out power. The U.S. territory has been rocked by 10 days of tremors, including a 5.8 quake that destroyed a natural coastal landmark: pic.twitter.com/tkKHhWDI9g


The epicenter of the quake, which came at around 4:24 am local time, was located at a depth of 10.0 kilometers (six miles), five kilometers south of Tallaboa, near Ponce, on the southern coast of the island, according to the US Geological Survey (USGS).

It came one day after a 5.8-magnitude temblor on Monday morning caused the collapse of Puerto Rico’s iconic tourist attraction, the Playa Ventana “Window of the Carribean” Rock in Guayanilla.

That same first quake completely destroyed five homes in Guánica, according to Fox News, and causing heavy damage to dozens of others. A series of smaller aftershocks quickly followed.

Less than 24 hours later, the stronger quake struck the island just before dawn. The Puerto Rico Electric Power Authority (PREPA) cut power to the island as well and its power plants in order to minimize damage along the grid.

Widespread damage has included a deep crack along the middle of a main road, which lifted up in the southwest town of Guánica. The main airport in the territory was operating normally but using generator power, according to Fox News.

Puerto Rico is home to an estimated 2,000 Jews, the largest and wealthiest Jewish community in the Carribean, according to Chabad of Puerto Rico, with three synagogues and a Jewish Welcome Center. 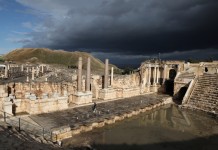 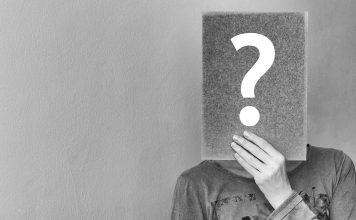 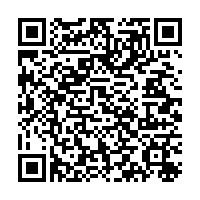