The US, UK, France, Canada, Italy, Germany and the European Commission announced in a joint statement late Saturday night that “selected Russian banks” are to be removed from the SWIFT international banking system. “This will ensure that these banks are disconnected from the international financial system,” they said.

Breaking: the leaders of the European Commission, France, Germany, Italy, the United Kingdom, Canada, and the United States announce that selected Russian banks will be removed from SWIFT, restrictions to be imposed on Russian Central Bank pic.twitter.com/yMHCiYl3xb

European countries are also slowly ramping up their military aid to Ukrainian forces who were still holding out Saturday against Russia’s invasion, as the US zeroed in targeted sanctions against Russia’s president and one of its highest government officials.

The decision to ban Russia’s central bank and other financial institutions from SWIFT must be made in a unanimous vote of all 27 member states of the European Union, which is holding an “extraordinary meeting” its foreign ministers on Sunday evening to discuss further sanctions.

Similar sanctions were already announced by the UK and the European Union.

Earlier in the week, the US announced sanctions against Russia’s largest banks and its sovereign debt, as well as against top Russian elites and technology exports to Moscow.

How the UK is supporting Ukraine. #StandWithUkraine ???? pic.twitter.com/nx476LxjAc

The UK has imposed sanctions on the Russian president, its foreign minister, and five Russian banks, in addition to more than 100 countries and Russian elites.

British Prime Minister Boris Johnson directly addressed Ukrainians and Russians, telling Russian citizens he did ‘not believe this war is in your name’ pic.twitter.com/ydmRItZBZs

The UK also sent military and economic aid to Ukraine as well.

Facebook Sanctions Moscow
The international Facebook social media giant joined with its own form of sanctions; the company announced that it had banned Russia state media from advertising and monetizing content on its platform. The restrictions apply around the world.

“We’ve established a special operations center staffed by experts from across the company, including native Russian and Ukrainian speakers, who are monitoring the platform around the clock, allowing us to respond to issues in real time, the company said.

The company also added safety features in Ukraine “to help ensure the safety of our community and support the people who use our services,” said Nathaniel Gleicher, head of security at Meta, Facebook’s parent company.

US Increases Military Aid to Ukraine
President Joe Biden instructed Secretary of State Antony Blinken to release $350 million in weapons from US stocks to Ukraine for its defense.

The military aid package was to include “anti-armor, small arms and various munitions, body armor, and related equipment in support of Ukraine’s front-line defenders facing down Russia’s unprovoked attack,” according to Pentagon spokesperson John Kirby. A US official separately told ABC News the package will also include portable surface-to-air missiles (MANPADS) in the Pentagon’s inventory.

Europe Ramps Up Military Aid
Germany announced Saturday night that it has decided to send 1,000 anti-tank missiles and 500 shoulder-fired Stinger missiles to Ukraine, as its military – bolstered by countless civil defense volunteers – continues to hold the capital, Kiev, against invading Russian military forces.

Germany also approved the delivery of 400 RPGs to Ukraine via a third, unidentified country.

The European Union, said foreign policy chief Joseph Borrell, is also planning to send military aid. “I will propose a package of emergency assistance for the Ukrainian armed forces to support them in their heroic fight,” Borrell wrote in a tweet.

Belgium announced it will supply Ukraine with 2,000 machine guns and 3,800 tons of fuel.

The Czech Republic on Saturday approved a delivery to Ukraine of weapons – including machine guns, assault rifles and other light weapons – as well as ammunition worth $8.57 million, its defense ministry said.

The Dutch government said it would supply 50 Panzerfaust-3 anti-tank weapons and 400 rockets, in addition to 200 Stinger air defense rockets “as quickly as possible,” said a letter sent Saturday to the Netherlands Parliament. Earlier this month, the government promised rifles, ammunition, radar systems and mine-detecting robots.

Poland joined the Czech Republic and the UK this weekend in banning Russian airlines from its airspace, according to a tweet from MSNBC executive producer Kyle Griffin.

Russian planes are barred from the United Kingdom, Poland, Bulgaria, Czech Republic, Romania, Estonia, Latvia, Lithuania, and Slovenia as of Saturday afternoon — and the list is likely to grow longer.

Kiev Holding Out Against Russian Forces
In addition, ImageSat International reported Saturday night that intelligence reports based on satellite imagery of the center of Kiev indicates no major damage to infrastructure or buildings in that area, and no presence of Russian military forces was identified.

#ISI reveals 3/3: Intelligence report based on satellite imagery of the center of #Kyiv indicates that there is no major damage to infrastructure or buildings. Within the area that was imaged no presence of #Russian military forces was identified. pic.twitter.com/jFB0x4Ices

Analysis of Kiev’s Sikorsky International Airport revealed “no significant damage to the runway, facilities or aircrafts. The runway is blocked with obstacles that were likely positioned to prevent Russian forces from landing,” ImageSat Intl tweeted.

#ISI reveals 1/3: Analysis of the #Sikorsky International Airport revealed no significant damage to the runway, facilities or aircrafts. The runway is blocked with obstacles that were likely positioned to prevent #Russian forces from landing. pic.twitter.com/LknNOTjndk

Kiev residents were warned late Saturday night to “get to a shelter immediately” in anticipation of a “heavy air raid” from Russian forces.

Like lightning. Massive bombardment of Kyiv tonight by Russian forces

Fighting in Kiev’s northern neighborhoods began Friday, with missiles hitting targets all around Ukraine’s capital city. Hundreds of residents were sleeping in the city’s subway system — which is being used as a network of bomb shelters — sleeping on the platforms, to stay safe.

On the flip side, a senior US official told ABC News on Saturday that some Russian forces are disoriented, realizing the battles against Ukrainians are harder than they thought.

The US official said they heard a Russian soldier on a radio call saying, “We don’t know who to shoot — they all look like us.” 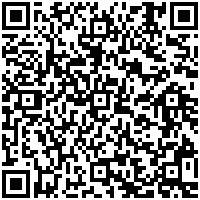