The United States has sent 900 new troops to Saudi Arabia and Qatar amid the threat from Iran, announced U.S. Acting Defense Secretary Patrick Shanahan on Wednesday.

“I don’t see a change in any behavior,” he told reporters on his way to Indonesia. “The situation still remains tense. It is a high-threat environment.”

Last week, U.S. President Donald Trump said the United States will send 1,500 troops to the Middle East to serve in a “mostly protective role” in response to the Iranian threat. An estimated 600 were already there, reported Bloomberg, adding to the announced total.

The United States has enacted new sanctions and deployed two warships with fighter jets, in addition to a Patriot missile battery, to the Gulf in response to Pentagon reports that Iran’s Islamic Revolutionary Guard Corps was planning an attack on U.S. forces or interests in the region — moves that have caused European foreign ministers to call for de-escalation.

On Thursday, U.S. National Security Adviser John Bolton said, “I don’t think this threat is over, but I do think you can make at least a conditional claim that the quick response and the deployment and other steps that we took did serve as a deterrent.” 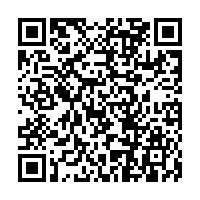