“I mean, what we have seen in the past couple weeks is really an uptick of Israeli aggression against the Palestinians. We see war crimes being committed on—in front of everybody. So that would not bother the United States of America, despite the fact that these guys [Religious Zionism Party head Bezalel Smotrich and Otzma Yehudit leader Itamar Ben-Gvir] have such a long rap sheet?” the reporter falsely claimed to Price during the daily press briefing.

Price responded: “Said [Arikat], whether it—whether the question is government formation or any other hypothetical, we just don’t entertain those types of questions. It doesn’t do us any good to comment on something that may or may not come to pass. When it comes to governments that haven’t been formed, I’ve been asked this question from this podium for any number of democratic countries around the world—how, whether, will we work with various individuals around the world—and our answer’s always the same. We are going to judge a government on how it governs, once it is in place—on the policies that it pursues.”

Price also failed to correct the reporter’s assertion in a follow-up question that an Israeli policeman had shot “at point blank an unarmed Palestinian,” when in fact the officer in question had fired on a terrorist in the process of attacking him.

On Friday, Ammar Mifleh had attempted to break into the vehicle of an off-duty IDF officer, who shot and wounded him. The terrorist then spotted a Border Police team patrolling the area in Hurawa and attacked them, wounding one. The company commander charged the assailant and a struggle ensued. Mifleh attempted to snatch the officer’s firearm, at which point the officer shot and killed him.

“We are deeply concerned by the intensifying violence that we’ve seen in recent weeks in the West Bank. We re-emphasize the need for all parties to do everything in their power to de-escalate the situation. We believe that it’s vital that the parties themselves take urgent action to prevent the even greater loss of life within the West Bank, within Israel more broadly,” Price responded to the reporter’s claim.

Meanwhile, Tor Wennesland, the U.N. Special Coordinator for the Middle East Peace Process, tweeted on Friday in support of the terrorist: “Horrified by today’s killing of a Palestinian man, Ammar Mifleh, during a scuffle with an Israeli soldier near Huwarra in the o. [occupied] West Bank. My heartfelt condolences to his bereaved family. Such incidents must be fully and promptly investigated, and those responsible held accountable.”

Horrified by today’s killing of a Palestinian man, Ammar Mifleh, during a scuffle with an Israeli soldier near Huwarra in the o. West Bank. My heartfelt condolences to his bereaved family. Such incidents must be fully & promptly investigated, & those responsible held accountable.

A stabbing attack happened a short time ago on an IDF soldier in Huwarra. The assailant was shot. pic.twitter.com/MDuyJ6BNWo

Responding to the comments, Israeli Defense Minister Benny Gantz on Saturday praised the Border Police officer that neutralized the terrorist and called out Wennesland’s statement.

“I fully condemn the attempts to present the incident in a false and manipulative manner, and the statement by the U.N. envoy to the Middle East against the officer, who functioned with determination and professionalism,” said Gantz.

“The officer who neutralized the terrorist and all IDF and Border Police combat personnel have full backing to continue to act against terrorism and to preserve the security of Israeli citizens,” he added. 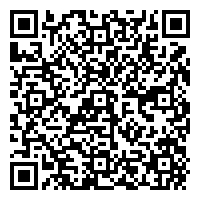