The new tax reform plan released by the Trump Administration this week is particularly relevant to Americans living in Israel, many of whose tax returns were red-flagged in previous years for audits by the Internal Revenue Service for no reason other than the fact that they filed from Israel, according to an IRS source.


The personal side of the tax code was described by Director Cohn, while the business tax code was revealed by Secretary Mnuchin. Both cheerfully fielded questions after their initial presentation.

“We have a once-in-a-generation opportunity to do something really big,” Cohn said as he presented the individual tax code plan. “President Trump has made tax reform a priority, and we have a Republican Congress that wants to get it done.”

He called the new tax code the “most significant tax legislation since 1986, and one of the biggest tax cuts in American history.”

In 1935, the U.S. had a one-page 34-line tax form, with two pages of instructions, he noted. Today, “the basic 1040 form has 70 lines, and 211 pages of instructions.” Moreover, “instead of a single form, the IRS now has 199 tax forms on the individual side” of the tax code. “Taxpayers spend nearly seven billion hours complying with” tax codes every year, and nearly 90 percent of taxpayers need some help in filing their taxes, he added.

“We’re going to double the standard deduction so that a married couple won’t pay any taxes on the first $24,000 of income they earn. The largest standard deduction also leads to simplification because far fewer taxpayers will need to itemize, which means their tax form can go back … to that one simple page.”

The alternative minimum tax (AMT) will be repealed. The top capital gains tax rate and dividend rate will return to 20 percent. The 3.8 percent Obamacare tax on dividends and capitals gains will be repealed.

The death tax will be repealed.

“We’re going to eliminate most of the tax breaks that are mainly benefits to high-income individuals,” he added, but “home ownership, charitable giving and retirement savings will be protected,” Cohn said. All tax deductions other than mortgage interest, charitable deductions and retirement savings will be eliminated, he later reiterated in response to a question from a journalist.

State and local taxes and health care will also be eliminated as tax deductions.

He added, “We are working with the House and Senate” on the repatriation rate,”but I will say it will be a very competitive rate that will bring back trillions of dollars.” Also up for discussion is the ‘marriage penalty’ and the rate for freelance workers.

“This isn’t going to be easy,” he acknowledged. “Doing big things never is.”

On the corporate side, Treasury Secretary Mnuchin said the administration’s objective “is to make U.S. businesses the most competitive in the world.

“Right now we have a 35 percent corporate rate on worldwide income and deferral. It is perhaps the most complicated and uncompetitive business rate in the world.

“Not a surprise that companies leave trillions of dollars offshore,” he commented. “Under the Trump plan, we will have a massive tax cut for businesses and massive tax reform and simplification. As the president promised… we will lower the business rate to 15 percent.

“We will make it a territorial system. We will have a one-time tax on overseas profits, which will bring back trillions of dollars that are offshore to be invested here in the United States to purchase capital and to create jobs… Small and medium-size businesses will be eligible for the business rate as well.”

More than 100 people in the Department of Treasury have been working on the new tax code, Mnuchin said, adding that the Trump Plan “will pay for itself with growth and with … reduction of different deductions and closing loopholes.” 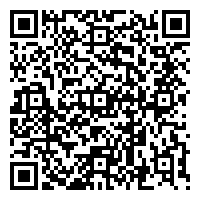