The Oregon Holocaust Memorial in Southwest Portland’s Washington Park was defaced with swastikas and other anti-Semitic messages over the weekend. A spokesperson for Portland Parks & Recreation reported that Police had notified the PP&R staff of the anti-Semitic graffiti around 11 AM.

In addition to the swastikas, the vandals also graffitied the number 1488, which, according to the Anti-Defamation League, is a combination of two popular white supremacist numeric symbols. The first symbol is 14, which is shorthand for the “14 Words” slogan: “We must secure the existence of our people and a future for white children.” The second is 88, which stands for “Heil Hitler” (H being the 8th letter of the alphabet). Together, the numbers form a general endorsement of white supremacy and its beliefs. As such, they are ubiquitous within the white supremacist movement, in graffiti, graphics and tattoos, even screen names and e-mail addresses, such as aryanprincess1488@hate.net. Some white supremacists will even price racist merchandise, such as t-shirts or compact discs, for $14.88.


Oregon Jewish Museum Director Judy Margles told KOIN 6 News: “To use Nazi symbols to deface a memorial dedicated to the millions who were murdered during the holocaust re-capitulates the hatred that drove the original genocide. It is an act of symbolic violence against the very idea that inspired the memorial.”

The Oregon Holocaust Memorial was dedicated on August 29, 2004. The memorial features a stone bench adorned with wrought-iron gating, screened from the street by rhododendron bushes. The bench sits behind a circular, cobblestoned area simulating a town square.

The square contains scattered bronzes of shoes, glasses, a suitcase, and other items to represent everyday objects that were left behind by Holocaust victims. A European-style, cobblestone walkway with inlaid granite bars, simulating railroad tracks, leads to a wall of history panels – giant, stone placards that offer a brief history of the Holocaust and quotes from Holocaust survivors.

At the end of the wall is the soil vault panel. Buried below the panel are interred soil and ash from six death camps: Chelmno, Treblinka, Sobibor, Belzec, Majdanek, and Auschwitz-Birkenau.

The back of the wall is engraved with the names of people who died in the camps, followed by the names of their surviving relatives in Oregon and SW Washington. 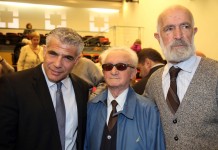 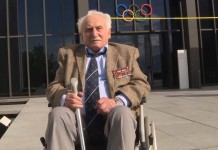 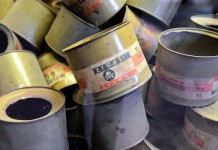 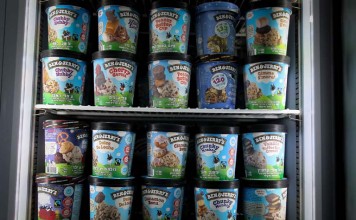 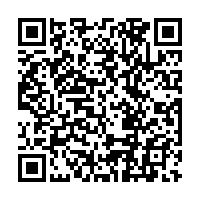