US President Joe Biden noted Tuesday night in an address broadcast live from the White House that the recognition by Russia’s President Vladimir Putin of two regions in eastern Ukraine as independent sovereign republics means that Russia has announced it is “carving out a big chunk of Ukraine.”


Following his official recognition of separatist controlled areas of Luhansk and Donetsk as independent sovereign republics, Putin ordered the deployment of Russian forces in the regions on what he called a “peacekeeping” mission.

“Today [Putin] asserted that these regions actually extend deeper than the two areas he recognized, claiming large areas currently under the jurisdiction of the Ukraine government.

“He’s setting up a rationale to take more territory by force, in my view,” Biden said.

“This is the beginning of a Russian invasion of Ukraine,” the president said, adding that in response, he would impose sanctions “far beyond” what the US and its allies had done in 2014, when Russia annexed Crimea.

“Who in the Lord’s Name does Putin think gives him the right to declare new, so-called countries on territory that belongs to his neighbors,” Biden demanded. 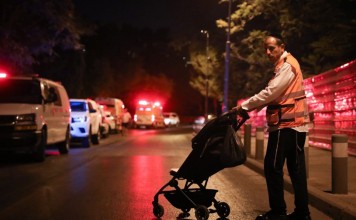