“The expectation on the part of Russia is that we’re going to break up, we’re not gonna stay united,” Biden said. “But we are fully, thoroughly, totally united,” he emphasized.

“Today I’m announcing that the United States will be sending 31 Abrams tanks to Ukraine, the equivalent of one Ukrainian battalion,” Biden said.

“The Abrams tanks are the most capable tanks in the world,” he said. “They’re also extremely complex to operate and maintain, so we’re also giving Ukraine the parts and equipment necessary to effectively sustain these tanks on the battlefield.”

Biden said the US will begin to train Ukrainian troops on the tanks’ sustainment, logistics and maintenance “as soon as possible,” although he did not detail when that might be – nor was he willing to take any questions from the gathered journalists.

“Delivering these tanks to the field is going to take time,” he warned, “time that we’ll … use to make sure the Ukrainians are fully prepared to integrate the Abram tanks into their defenses.”

The president added that his announcement had been closely coordinated with America’s NATO allies.

In his own announcement from Berlin, Scholz announced that his country had decided to send 14 Leopard II A6 battle tanks to Ukraine in addition to authorizing other nations to re-export the tanks in their possession. Poland has consistently been the most vocal state in the coalition urging delivery of Leopard tanks to Kyiv.

The German decision includes a package of support comprised of logistics, ammunition, and system maintenance, Scholz said – similar to that which will be provided by the United States.

“I’m grateful to Chancellor Scholz for providing Leopard II tanks and will lead an effort to organize the European contribution of two tank battalions for Ukraine.” He thanked the German leader for his “steadfast commitment” to the collective effort to support Ukraine.

“Germany has really stepped up,” he said. 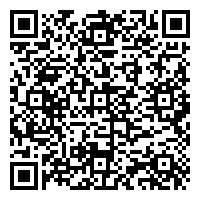