Prime Minister Benjamin Netanyahu held a press conference on Wednesday evening (full text at the bottom of this article) to address the nation regarding the leftwing opposition attacks against his government’s proposed judicial reform plan. The plan, which aims to restore the balance between the Israeli legislature and Israel’s Supreme Court, has faced loud criticism and protests from left-wing opposition leaders who claim it will harm Israel’s economy and tarnish Israel’s reputation as a free society in the eyes of the world.

At the press conference, Netanyahu refuted those claims, stating that the proposed reforms would instead strengthen Israel’s democracy and economy. “In recent days, I have heard concerns about the effect of the legal reforms on our economic resilience. The truth is the opposite. Our steps to bolster democracy will not harm the economy, they will strengthen it,” he said.

Prime Minister Netanyahu pointed out that left-wing critics have been attempting to spread fear and panic in Israel and abroad, with the goal of damaging Israel’s economy.

He cited his critics previous claims that refusing to make concessions to the Palestinian Authority would bring about a diplomatic tsunami against Israel and harm Israel’s economy. However, Netanyahu points out that in reality, his policy worked and Israel’s economy flourished, and four peace agreements were signed.

Additionally, he discussed how infrastructure projects such as offshore gas drilling, the Road 6 highway, and the Jerusalem-Tel Aviv train line were needlessly delayed for years due to over-regulation and over-legalization.

He reminded the nation that the economic steps he implemented 20 years ago have increased competition, raised the standard of living for Israelis, and made Israel one of the strongest global economies.

The Prime Minister was joined by members of his cabinet, including Finance Minister Bezalel Smotrich, Minister of the Economy Nir Barkat and Foreign Minister Eli Cohen.

The proposed judicial reform plan sparked widespread protests from left-wing groups in Israel, even before any details of the plan were even revealed, with critics arguing that it would effectively turn the government into an unchecked dictatorship.

Netanyahu made it clear that he remains committed to pushing the plan through, stating that it is necessary to ensure the proper functioning of the country’s democratic institutions.

He called on investors to continue to invest in Israel, and reminded them that those that did – profited, and those who will, will continue to profit. Netanyahu concluded that Israel has been a great place to invest in, and Israel will be an even better place to in which to invest.

Finance Minister Bezalel Smotrich spoke next and backed up the prime minister’s statements.
He made it clear that the government will continue with the same responsible policies of governance, and there will be even more reforms. He promised that Israel will be an island of stability, certainty and responsibility in the global world. Israel will be the right place to keep and invest your money while the rest of the world is in financial turmoil.

Smotrich pointed out how much excessive legalization there currently is in Israel and how slow the legal process is compared to the US, the UK, and even the EU, especially for contracts and businesses, and that needs to be fixed. He said it will be much easier to do business in Israel.

Smotrich concluded with a message to the opposition. He said the fight isn’t about democracy, it’s about power, and until now that power was centralized in certain power centers, and now that power is being returned to the people.

Smotrich said we can fight about it, you [the opposition] can yell about it, but don’t burn down the silos. He asked them to stop trying to harm Israel, which he added they won’t be able to do anyway, because Israel’s economy is strong and will be getting stronger. But the attempts by some in the opposition who are trying to damage Israel among investors and others are acting irresponsibly towards the State of Israel. And those that love Israel know how to argue and debate within responsible boundaries without burning down all the storehouses, just because they lost the election.

In recent days, I have heard concern about the effect of the judicial reform on our economic resilience. Here as well, I would like to set the record straight. The truth is the exact opposite. Not only will our moves to strengthen democracy in Israel not hurt the economy, they will strengthen it. They will restore Israel to the legal situation of most of the leading democracies in the world, where it had been for 50 years.

I remind you of what I said exactly 20 years ago, when I was Finance Minister. I said that it was necessary to go on a diet in the public sector, to lower taxes, to slim down, and in the private sector to remove impediments to investment and competition. And indeed, we reduced government expenditures, lowered taxes, privatized companies and increased competition. Before that, we unshackled the currency and as a result, we received one of the strongest economies in the world and we raised the standard of living for all citizens of Israel. Our debt- to GDP ratio currently stands at less than 61%. This is unbelievable.

Just two years ago when we enacted the economic policy to get out of the coronavirus, they predicted that we would have a 73% debt to GDP ratio, and there were those who said it would be even higher.

Therefore, over the years, many people were consistently wrong. But even then, 20 years ago, at the beginning of the major economic reforms that we led, I said and I foresaw, that there would be a very difficult struggle against the impediments of overregulation and superfluous legal processes, impediments that would make it difficult for us to fully realize our economic potential.

Take, for example, one of the most important economic policies that we have led in the past decade – extracting gas from the sea. This step, which met with opposition and organized, financed, public protest, is already bringing into Israel billions of shekels per annum, and will yet bring in tens of billions of shekels. We turned Israel into an independent energy superpower. Thanks to the extraction of gas, the price of electricity in Israel is among the lowest in the world. But this revolutionary step of extracting gas from the sea, which everyone praises today, including those who strongly opposed it, was delayed for years due to superfluous legal processes that were accompanied – of course – by outraged cries from the opposition. I personally was compelled to go to the Supreme Court to fight the attempts to prevent the extraction of gas from the sea, an issue which was doubtful if it needed to be taken to court.

I reiterate, the judicial reform is designed to restore Israel to the family of the world’s leading democracies. It will strengthen the rule of law; it will restore the balance between the authorities. We are committed to preserving the independence of the courts, which will be identical to what prevails in most democracies in the world. Nobody will harm intellectual property rights and the honoring of agreements, values which are sacred to us and which are the critical test. They are the critical test for investors over time and therefore, there is no reason for fearmongering.

I must tell you, just to understand the problem of honoring agreements in the State of Israel, the World Bank has ranked Israel, this year, I think in 85th place. If I am not mistaken, last year we were ranked 75th in the world.

Honoring agreements, which is the heart and soul of a proper economy, is sorely lacking with us and this must be fixed. Our superfluous legal processes are something that can change and we must change it. When we change it, we will receive a few more percentage points of growth.

If there is one major growth engine in Israel, it is the removal of overregulation and superfluous legal processes.

I would like to say one more thing. We have already seen this movie several times. In the previous decade, our political rivals warned us that if we did not make extraordinary concessions to the Palestinians, we would receive a diplomatic tsunami that would lead very quickly to a terrible economic tsunami. In practice, the complete opposite happened. Our policy led Israel to four historic peace agreements with Arab countries as well as an unprecedented diplomatic flourishing and economic prosperity, with a higher GDP per capita than Britain, France and Greece and with the lowest inequality in over 20 years.

I also remind you of the hue and cry against my government’s policy regarding the coronavirus. We submitted an economic plan of grants and assistance to citizens of Israel and ‘the economists from’ told us that, and I quote, ‘This is a mistake that will wreck the economy’. Here as well the complete opposite happened. We pulled Israel out of the coronavirus first in the world, both health-wise and economically, first in the world economically. In this case as well, we did so despite superfluous legal processes and not because of them. Even in the case of the coronavirus, we were forced to struggle against legal processes for our right to take the correct policy, which again saved the Israeli economy. We needed to struggle for the right to import more vaccines. By the way, this was denied me by the Attorney General and I had to go to the Knesset in order to bypass this impediment, and even then I could not bring in millions more vaccines that remained in Europe and which we did not bring to the citizens of Israel.

I say to investors: Continue to invest in the Israeli economy; it will be worth your while. 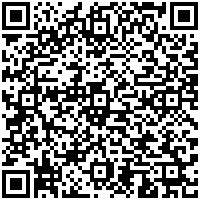