Tamimi, a member of the Hamas terrorist organization, was responsible for the murders of 15 people, including eight children, in the bombing of the Sbarro Pizza restaurant in Jerusalem in 2001. Another 130 people were injured in the bombing, including one person who remains in a vegetative state. Two US nationals were among the dead in the attack.

The Office of Legal Affairs of INTERPOL said in its March 8 letter published in Arab media that Tamimi was “not subject to an INTERPOL Notice or diffusion” but gave no further details. She was apparently also removed from the agency’s Most Wanted List.

Tamimi’s husband Nizar Tamimi, also a convicted Palestinian Authority terrorist killer, was deported last year from Jordan and now lives in Qatar. He also confirmed the report in a post on his Facebook page, calling it a “legal victory.”

The father of Malki Roth, a 15-year-old American girl murdered in Tamimi’s attack wrote in a post on the family’s blog that INTERPOL had “succumbed to pressure from [Tamimi’s] family, lawyers and clan in Jordan.” Arnold Roth, who writes on “This Ongoing War” added that his family is “trying to get clarification from the US justice system.”

Samuels recalled that “INTERPOL was redeemed from its World War Two control under Nazi SS officers, partly through its relationship with our late mentor, Simon Wiesenthal, in bringing Nazi war criminals to justice.

“Its International Arrest Warrants – ‘Red Notices’ – for the predominantly Iranian role in the AMIA Buenos Aires Jewish Center bombing have been important measures, even if the suspects are still at large.”

The Center urged INTERPOL to “maintain its ‘Red Notice’ for Ahlam Ahmad Al-Tamimi, who has been living in Jordan since she was freed from Israeli incarceration as part of a prisoner swap in October 2011.

To this day she shows no remorse and in fact is also quick to claim her pride in having accomplished this attack. Tamimi has been and continues to be protected by the Kingdom of Jordan from a US request for extradition that remained in effect to this point, despite Jordan being an American ally and receives billions of dollars in US aid.

“We have heard that INTERPOL has removed Al-Tamimi from its ‘Most Wanted list.’ Such an outrageous step would encourage further terrorism and deny justice and closure for the victims and survivors.”

“Our Center urges you to prevent INTERPOL from falling to Palestinian mayhem… Al-Tamimi must be returned to ‘Most Wanted’ status!” Samuels concluded.

Tamimi is still listed as a “Most Wanted Terrorist” on the list of the US Department of Justice Federal Bureau of Investigation (FBI). She is accused of: “Conspiring to Use and Using a Weapon of Mass Destruction Against a United States National Outside the United States Resulting in Death and Aiding and Abetting and Causing an Act to be Done.”

“It is inexplicable to us that Jordan, which signed a treaty with the US more than a quarter century ago for the mutual extradition of fugitives like Tamimi, remains in flagrant breach of that treaty even while it continues to be a recipient of colossal sums in US foreign aid each year,” Roth wrote.

“Jordan must arrest Ahlam Tamimi who has lived free in Jordan’s capital since 2011 and hand her to US law enforcement officials who will put her on a flight to the US. You can help (and you do not need need to be a US citizen to do this) by signing our petition. We hope you will: change.org/ExtraditeTamimi.” 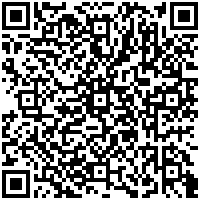