As the United States is still counting the votes in an extremely close race, there still is no hard and fast decision as to who will come up on top: President Donald Trump or former VP Joe Biden. Eli Cook, Senior Lecturer and Head of the American Studies Program at the University of Haifa, sent out an email Thursday morning explaining who are the biggest winners and losers so far, and what Americans and Israelis can expect in the next few days.

Cook’s main takeaway is: the fat lady hasn’t sung yet, many counties are still in play, especially many urban areas where there are likely Biden voters.

“It’s very clear that Trump will try to stop the counting of votes as quickly as possible,” Cook said. “He will try to cancel votes and look for injunctions. It will be a real question if courts will go along with it. Republican judges might go along with Trump if he’s going to win, but if Biden has a strong lead, I’d be surprised—despite their ideological winnings—if they would throw out a lot of good votes for no good reason.”

“The next few days are crucial. But if there’s a narrative where the victory is polarized and unclear, then Trump may be able to push for legal machinations and it could work – Trump has three conservative judges on the Supreme Court. We could have a lot of surprises yet ahead,” Cook noted.

However, Cook didn’t think it was too soon to call winners and losers in the 2020 campaign. The big Losers, he believes, were the pollsters who dreamed up the Blue Wave, seeing as the Democrats will keep the house but with a power cut, and the Senate probably remaining Republican, which will have huge ramifications should Biden win. A Biden administration will likely be blocked by the Republican Senate, much the way the Obama-Biden administration was.

(Indeed, should Biden attempt to renew the nuclear deal with Iran, he would be met by a stern resistance in the Senate, and the chances of ratification of such a deal are slim – DI.)

The big winners, according to Cook: Trump has a big win with Latinos (although more among Florida Cubans and Venezuelans than Texas and Arizona Mexicans – DI) and seniors. The notion that some minorities are Democrats because they are a minority is destroyed, according to Cook, and Texas is not and will not be in play for Democrats. However, Biden did well with working-class Americans who despised Obama and Kerry.

Finally, Cook asked, what’s the deal with the polls? “We need to see how bad the polling error is,” he said. “There were huge errors in Florida and Wisconsin. There’s a structural problem with polls.”

Cook suggested there are many theories to explain the persistent failure of US pollsters: it’s difficult to get working-class people to tell you what they honestly think about elections. There could have been shy Trump voters or voters that are hard to get a hold of. The Latino male vote was heavily misconstrued, and the Latino vote is complex and nuanced. 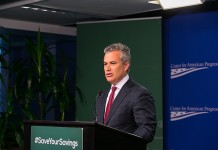 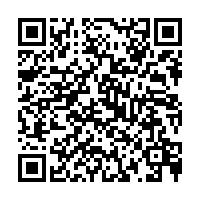