Gregory Kirst, 49, of Mequon, Wisconsin, was charged in Ozaukee County Circuit Court with disorderly conduct enhanced with a hate crime, for yelling anti-Semitic slurs at his Jewish neighbor while uprooting said neighbor’s Joe Biden for President yard sign, the Milwaukee Journal sentinel reported last week. The hate crime increases the maximum penalty for the disorderly conduct to $10,000 and one year in prison.

According to the report, on Sunday, Aug. 30, at 7:43 PM, Kirst, accompanied by his daughter, entered his neighbor’s yard, across the street from his home and removed the Biden sign, then yelled at his neighbor, a Jewish woman, through her screen door. The woman ordered him to get off her property, to which he responded with more swearing and gave her his middle finger.


The woman’s husband came out of the house, and Kirst called him a “dirty Jew” and said he was responsible for the riots in Portland, Oregon (a distance of 2,052 miles from Mequon, boy, those Jews really influence).

Kirst finally left his neighbors’ yard, went home and made a sign that read “Jews for Trump,” which he posted in his own yard. When police came to arrest him (the Jews complained) he denied everything. He will have a chance to deny everything in court on Sept. 17.

Mequon Mayor John Wirth posted a response online, saying (in a blog, isn’t Wisconsin so pastoral you could squeeze her cheeks?), “I truly believe that the vast majority of Mequon residents — people of color and white people; people of all faiths; Republicans, Democrats and independents — are good people. I am hopeful that we can keep our heads. This election, the discussion about race and our opinions about the virus, as important as they may be, are not so important that we should destroy our community and our humanity.”

True enough. Of course, many Jewish Press Online readers would wonder in the comments section below what business does a Jewish family in Mequon, Wisconsin has voting for Joe Biden, but you know, to each his own.

Mequon has a thriving Jewish community, including a Chabad House, a JCC, a preschool and a Jewish Home & care Center. So, all age groups are being taken care of. 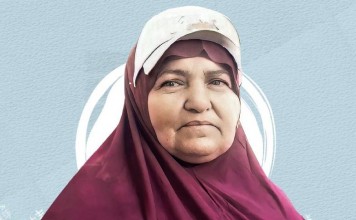 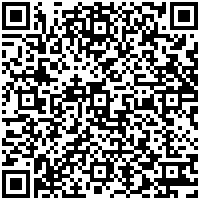