In one of Turkey’s largest newspapers, Sabah, the blame for all the rioting and ensuing damage to the Turkish economy is finally being blamed on the same people who were blamed for the Bubonic Plague, the death of the leader of one of the world’s great religions and Mel Gibson’s fall from grace…the financial lobby – some would call that code for “Jews.”

On Friday, June 7, an article appears in Sabah that reveals Turkish Prime Minister Recep Tayyip Erdoğan spoke to “tens of thousands” of supporters who came out to greet him when he returned from a three day visit to North African countries.


Erdoğan’s trip abroad happened during the worst of the ongoing nationwide protests in Istanbul’s Taksim Square, which were sparked by plans to level a large park to be used instead for commercial purposes.

“We’ve gotten to this point despite the interest rates lobby, and this lobby right now thinks it’s threatening Turkey with speculation in the markets,” is how Bloomberg reported Erdoğan’s words from the event. “No power can stop Turkey’s rise except God,” while supporters chanted: “Open the way and we’ll crush Taksim.”

Erdogan has accused “extremist” groups, including terrorist from far-left organizations, and “unidentified foreign provocateurs” of having a role in the fiercest anti-government protests in years.

But Sabah, a fiercely pro-Erdoğan media outlet, merely quoted the Turkish Prime Minister of blaming a non-specific “financial lobby” or “interest lobby.”  Perhaps Walt or Mearsheimer are looking for reporting opportunities – they may be a good fit for Sabah.

In 2007, Erdoğan seized ownership of the Sabah newspaper.  He then sold it to the Turkuaz Media Group, owned by Çalık Holding. Ehmet Çalik is Erdoğan’s son-in-law.  He is also the 16th richest man in Turkey, with a net worth of $1.3 billion.

In an article on the economy published last year in Sabah, the headline of which appears on Google translate as “Appeared on big brother and the lobby,” there is quite a telling explanation of how the Rothschild family is behind the bad rap Turkey gets in the British media.  In the article it also “explains” how Turkey’s monetary policies cause great danger to the “Family,” which, presumably, is why the “Family” has been provoked into harming Turkey.

But the “Rothschild Family” is not only blamed for media manipulation that economically harms Turkey.  The Sabah article also explains how the Rothschilds made enormous profits from the concentration camps as the financiers of the gas used to kill the Jews, they also benefitted financially from the “Opium War” in the Far East, and from the U.S. war in Iraq and, indeed for both World War I and World War II. 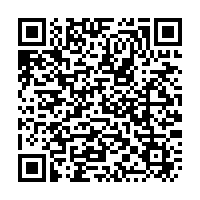