Officials in the Prime Minister’s office have told Reshet Bet Radio that statements made by Deputy Defense Minister Danny Danon to Times of in Israel do not represent the Prime Minister’s position nor the position of the Government of Israel. According to these officials, Netanyahu is interested in renewing the peace process negotiations without preconditions, and his statements about a two-state solution is still in effect. In fact, the sources reiterate, Netanyahu is calling on the Palestinian Authority to begin without delay the talks, in which all the contested issues will be discussed. The Palestinian Authority state its demands, and Israel will bring up its demands, which will include, among other things, strict security arrangements, recognition of Israel as the national homeland of the Jewish people and declaring an end to the conflict.

Deputy Defense Minister Danny Danon told Times of Israel that the Likud and the governing coalition are “staunchly opposed to a two-state solution and would block the creation of a Palestinian state if such a proposal ever came to a vote.”

“The international community can say whatever they want, and we can do whatever we want,” Danon said.

Labor MK Nachman Shai criticized Danon’s remarks, saying the Knesset should debate his statements, especially in light of U.S. Secretary of State John Kerry’s recent push for kickstarting the talks and his announcement that time was running short.

“Is Danny Danon the child who discovered that the emperor isn’t wearing any clothes?” MK Shai wondered.

Palestinian Authority foreign minister Riyad al-Malki on Saturday reiterated the Palestinian commitment to relaunch peace talks, in order to achieve peace and establish an independent state on the 1967 borders, with East Jerusalem as its capital, Ma’an reported.

PA Chairman Mahmoud Abbas said last week that he wants to return to negotiations “as soon as possible.”

“The ball is in the Israeli court,” Abbas told reporters in Ramallah. “Palestinian demands are known by Israel and the U.S., and now it’s time for Israel to accept them in order to start the negotiations.”

PLO negotiator Saeb Erekat said earlier that the Palestinians were making “every possible effort” to help Kerry succeed in bringing the two sides to the table.

And so, the stalemate remains as it was: the Palestinians demand their preconditions, the Israelis demand there be no preconditions, and Kerry is expected, according to sources in Ramallah, to be visiting the area one more time, possibly as early as this week. 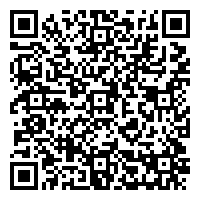