As the Netanyahu-Obama meeting in Washington grows near, US administration officials deny the possibility that Obama would grant the Israeli prime minister’s request to permit Jewish-American spy Jonathan Pollard to return to Israel. “Obama has no intention to allow Pollard to emigrate to Israel,” those sources insisted, saying the president “did not intervene in the past, and does not intend to intervene in the case of Jonathan Pollard now. The request will be treated as would any other prisoner’s.”

According to Israel’s Channel 10 News, it is understood that behind Obama’s anticipated refusal is the murky relationship between the president and Netanyahu, as it was most clearly expressed during Netanyahu’s March speech in Congress, which Obama did not attend. The smart money is, therefore, on Obama refraining from making the big, generous gesture which would, obviously, increase Netanyahu’s popularity.


For almost 30 years, Jonathan Pollard, 61, was the living avatar of everything that had gone wrong in the US-Israel friendship, especially as every presidential visit, every binational occasion inevitably bore hectic press speculations, then an Israeli request for his release and an American refusal. Now, on November 20, Jonathan Pollard will finally be released on parole from prison, as announced in July by the US Parole Commission.

Meanwhile, ahead of Pollard’s approaching release, his lawyers are working tirelessly to stay away from media coverage of the anticipated moment. To avoid the cameras, according to Channel 10, Pollard will be taken just before his release to a house that was rented especially for this purpose, where he will reside secretly before moving to his permanent address in New York.

Pollard is the only American ever to receive a life sentence for passing classified information to an ally of the US. The Israeli government acknowledged its role in Pollard’s espionage in 1987, two years after his capture, and issued a formal apology to the US, but only admitted he was on Israel’s payroll in 1998. He was granted Israeli citizenship in 1995. 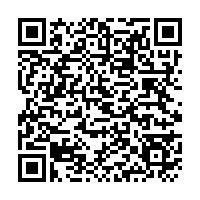