A semi-official news outlet that carries statements for Palestinian Authority leader Mahmoud Abbas proclaimed on Sunday his oft-repeated wild incitement that Israel is out to destroy the central Al Aqsa Mosque on the Temple Mount in Jerusalem. And of far more international interest, the site added, “the current Palestinian uprising has its roots in 67 years” of Arab rage over the rebirth of the State of Israel.

The “Palestine Solidarity Network (PSN)” mouthpiece was quoted by the Palestine News Network (PNN) in the accusation against the Netanyahu administration on Sunday of ordering the destruction of the Al Aqsa Mosque on the Temple Mount.

Moreover, the PA government confirmed publicly that the issue of “new settlements” is not behind the latest round of Arab violence — nor has the issue of “settlements” been the issue igniting Arab violence over the past 20 years. It is the issue of Israel’s entire existence — as the more direct Gaza-based Hamas terrorist organization explains in its forthright founding charter, which proclaims its determination to annihilate the State of Israel at all costs — that the Palestinian Authority finds so upsetting.

“The current Palestinian uprising has its roots in 67 years of being forcibly and brutally pushed out of their lands and homes,” stated the PSN on the homepage of the PNN website.

PNN, the official Internet mouthpiece for the Palestinian Authority, posted the piece at around the same time a flight bearing Israel’s Prime Minister Benjamin Netanyahu was arriving in the United States for a meeting with President Barack Obama.

“Three months ago, Israeli illegal settlers burned down a Palestinian home in Duma (occupied West Bank), killing an infant and his parents,” the statement went on, promoting a theory that has yet to be substantiated. Jewish terrorists who in the past carried out “price tag” attacks and atrocities against Arab neighbors were caught by Israeli security personnel and jailed within days of the crime.

The Palestinian Authority instead glorifies Arab murderers, naming public squares, streets and children’s summer camp programs after terrorists who carry out attacks against Israelis and Jews. In the case of the Duma incident, it is still not clear who carried out the despicable arson murder of the two parents and baby.

“The incident was followed by an increased Israeli military and settler presence around the Al Aqsa Mosque in occupied East Jerusalem,” PSN continued, adding, “Under orders from the far-right Israeli administration, parts of the mosque were burned and destroyed. Moreover, Israeli claims of access to worshipping sites are often a first step for more colonization of land and are inevitably met by a wave of rejection and anger.

“More than 70 Palestinians have been killed in the last month by the Israeli military and armed settlers, many of them civilians who were not involved in violent attacks,” the Palestinian Authority website claimed.

Actually, since October 1, there have been dozens of Arab terrorists — many of them teenagers inspired by the endless incitement broadcast over PA government-run media and taught in PA-approved classrooms — who have carried out more than 60 stabbings, six vehicle ramming attacks and five shooting attacks against Israelis and Jews. At least 10 Israelis died and well over a hundred have been wounded. There were four such attacks within a six-hour period just prior to the posting of the PSN article, in fact.

Most of the attacks have been carried out in and around Israel’s capital city of Jerusalem, and the ancient holy city Hebron. Both cities are sacred to Jews and contain sites holy to Muslims as well.

The blood spilled in our cities is a stupid, useless tragedy for everyone. It serves no one except the evil, corrupted Arab leaders who have destroyed nearly every bit of progress their people manage to achieve, and have succeeded in brainwashing the last three of those generations. They sadly managed to produce an ample supply of young expendables who grew up inspired to give birth, raise “martyrs” and give birth again. And now they are bringing up a whole generation of those silly enough and impulsive enough to rush into death without giving thought to the value of life, the value of true honor, as opposed to the travesty of “honor” sold to them by the fakers in their TV screens. 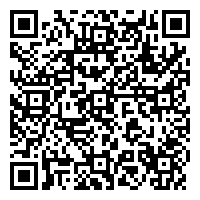