Yesha Council and municipal leaders from across Judea and Samaria on Thursday met with Commander of the Central Command, Maj. Gen. Roni Numa.

The emergency meeting was held against the background of statements made by a senior IDF anonymous source on Wednesday, which many in politics were certain was Numa, including MK Bezalel Smotrich (Bayit Yehudi) who outed him on his Facebook page. The short of it was that the IDF source—Numa or not—revealed that Israel’s security apparatus plans to provide additional weapons to the PA security services, and also release Arab security prisoners.


Yesha Council Chairman Avi Roeh said at the end of the meeting: “We were glad to hear from the Maj. General that the comments attributed to him in the media had been falsified by a media manipulation. The Maj. General made it clear that he is opposed to the transfer of weapons and the release of terrorists and to any other reward to the Palestinian Authority.”

“We told him about the feelings of the residents and the concerns of civilians regarding traffic on the roads, as well as our security needs,” Roeh said in his statement. “The Maj. General presented to us in detail and with great honesty his assessment and the offensive action against agitators and terrorists, along with defensive action on the roads and in the settlements.”

Then, Roeh gushed about his and his fellow settlers’ undying love for our fighting men and women, saying: “The council leaders expressed their great appreciation for the IDF; they wish to strengthen the hands of the IDF and they thank the IDF soldiers and commanders who are guarding the State of Israel and fight terrorism everywhere.”

Roeh added: “We asked the Maj. General to pass to all the officers and soldiers the warm embrace of the settlement enterprise and our deep gratitude.”

Must have been some meeting.

Numa has been battered severely by much of the media in Israel on Thursday, as well as by social media. He was also rebuked by Prime Minister Netanyahu and Defense Minister Ya’alon, according to several sources, although the Army denied those rebukes had taken place. 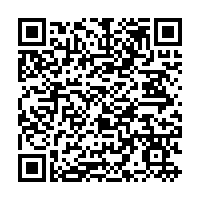