Passengers and trucks traveling from Turkey are encountering new obstacles when they reach the Russian border, according to the Hurriyet Daily News website. This comes two days after a Turkish F-16 fighter jet shot down a Russian Su-24M warplane.

Turkey’s defense ministry said the warplane violated Ankara’s airspace despite repeated warnings – which were ignored — to redirect its flight path. The Russian navigator who was rescued 12 hours after ejecting from the flaming wreckage of his jet, denies ever having heard any of the warnings, and denies ever having left Syrian airspace.

The country’s trucks are now being subjected to “full examination” by Russian customs personnel, according to Turkish officials.

“Around 36,000 trucks carry goods from Turkey to Russia a year. Some 100-150 trucks are now being kept waiting at Russia’s borders. We face an uncertain situation here. No explanation has been made about the trucks which are on their way to Russia though Georgia, although the trucks are apparently being subjected to a ‘full examination’ on their way to Russia via Ukraine. This means all goods in the trucks will be unloaded and examined in detail at the Russia border, but such procedures can take days,” Sener said.

Russia already has ended security cooperation with Turkey and has asked Russians not to visit the country. Within the past day, the Kremlin also introduced new restrictions claiming that 15 percent of agricultural imports from Ankara suddenly do not meet “sanitary regulations.” This has resulted in Russia deciding to import tomatoes from Israel instead.

“Such problems are normal in the Middle East, but Russia is a member of the World Trade Organization (WTO), so it should not behave like Egypt,” he added.

Actually, no goods are being permitted passage to Russia, in fact, according to Adnan Dalgakiran, head of the Machinery Exporters’ Association and a board member of the Turkish Exporters’ Assembly (TIM).

“The passing of Turkish trucks through Russian borders has halted now, including machinery,” he told a meeting of the Istanbul Chamber of Industry on Wednesday, according to Reuters. “No Turkish goods can enter Russia now.”

The same difficulties are being faced by the textiles sector, a major export for Turkey, as well. The country’s annual exports to Russia are around $1 billion, “but this has shrunk by 40 percent this year due to the economic problems in Russia,” Ismail Gülle, head of the Istanbul Textiles and Raw Materials Exporters Association, told Reuters.

“Any further shrinkage in our exports will create a big problem for us,” Gülle warned.

The Secretary offered his condolences for the “loss of life in Tuesday’s incident,” according to a statement by the State Department.

Kerry also urged for “calm and dialogue between Turkish and Russian officials in the days ahead,” the statement continued. “He also stressed the need for both sides not to allow this incident to escalate tensions between their two countries or in Syria. The Secretary underscored the importance of progress toward a diplomatic solution in Syria continuing unabated.”

The only question is, of course, what Kerry meant by “progress toward a diplomatic solution in Syria.” 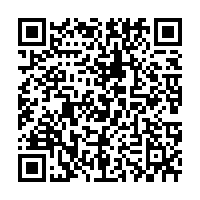