1. Iran’s regime is outspokenly dedicated to the goal of destroying the State of Israel. Iranian political, religious, and military leaders have expressed their desire to annihilate Israel at every opportunity they have received. Iran’s supreme leader, Ayatollah Ali Khamenei, says that the physical elimination of Israel is a religious duty. It would be criminally negligent to disregard Iran’s official state ideology and gamble with the lives of millions of Israelis on the unproven assumption that Iran will behave rationally as a nuclear-armed actor. For Israel, the struggle to keep Iran from going nuclear is not about regional influence or ensuring an edge over its enemies. It is about Israel’s Right to Life.

2. The Iranian regime is filled with quarrelling factions that could in the future lead to a destabilization of the government, the military, and the Islamic Republic Guards Corps.


Some factions are influenced by radical Shi’ite ayatollahs such as Mezbah Yazdi, President Mahmoud Ahmadinejad’s spiritual mentor. Yazdi not only says that Israel is the embodiment of evil on Earth, he has also called for the production of nuclear weapons. In any future destabilization of an Iranian regime armed with atomic bombs, a hardline faction could seize control of nuclear missile bases and order an attack. The security of Israel, the region, and the world would be held ransom to the outcome of domestic Iranian power struggles. No country can be expected to accept such a threat

3. Despite all of the above, some commentators continue to insist that facing a nuclear Iran can be compared to the superpower rivalries of the Cold War, which pitted the U.S. and the Soviet Union against one another, and resulted in both sides refraining from resorting to nuclear force, due to the threat of mutually assured destruction (MAD).

The analogy, however, does not work. Ideologically, there is a stark difference between hardline Shi’ite Iranian ideology, which adores the concept of martyrdom, and the secular Soviet ideology, which dismissed with contempt notions of religious war and ideas about divine rewards in the afterlife.

4. Even if we set aside difference in ideology, there are other reasons MAD is not applicable in Iran’s case. Moscow and Washington established lines of direct communications that allowed them to deescalate standoffs. The open channels allowed the superpowers to walk away from the 1962 Cuban Missile Crisis, thereby sparing the planet from a nuclear holocaust. Jerusalem and Tehran have no direct lines of communication whatsoever, and no way to deescalate future crises, which will surely arise.

5. Iran’s territory is 70 times larger than Israel, a disparity that will form a constant temptation for Iranian leaders to realize their fantasy of destroying Israel. Iranian former president Ali Akbar Hashemi-Rafsanjani, considered an Iranian “reformist,” formulated this thinking, when he said in 2001: “If a day comes when the world of Islam is duly equipped with the arms Israel has in possession, the… application of an atomic bomb would not leave anything in Israel, but the same thing would just produce damages in the Muslim world.”

6. Once Iran breaks through to the nuclear arms stage, it would automatically spark a Middle Eastern arms race, as Iran’s frightened Sunni rivals would rush to get their own atomic bombs. Sunni states suffering from chronic instability, such as Egypt – already under Islamist rule – as well as other Sunni powers such as Turkey and Saudi Arabia would end up armed with nuclear weapons, too.

With the Middle East at its most unstable phase to date (the dissolution of Syria and concerns about its chemical weapons as a case in point), nuclear armed states could experience severe turbulence that would compromise the security of their nuclear arsenals, putting them within reach of fanatical factions or terror organizations.

7. Iran remains the region’s number one state sponsor of terrorism. Operating through its extraterritorial covert elite unit, the Quds Force, Iran provides arms, tends of thousands of deadly rockets, explosives, cash, and logistical support to its Shi’ite proxy Hezbollah, as well as Islamic Jihad in Gaza, and several additional radical non-state actors around the region. 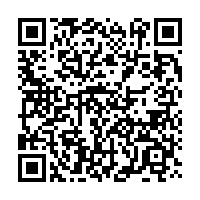