In a world where freshwater resources are becoming increasingly scarce, Israel–a country that is two-thirds arid–has become a leader in developing the necessary technology for making salt water potable.

The Israeli desalination company, IDE Technologies, which has been in operation for more than 40 years, has made many advances in desalination technology, installing over 400 desalination plants in 40 countries including the Caribbean Islands and United States. IDE Technologies has also won major contracts with Cyprus, India and Australia, and last year with China.

Since 2011, the Israeli-built desalination plant in Tianjin is China’s largest and most environmentally friendly desalination plant to date, running on some of the waste heat produced by a nearby power plant, producing fresh water and salt.

However, desalination plants for the most part are extremely costly for less-developed nations, as they use enormous amounts of electricity and are location-sensitive. But thanks to a recent Israeli discovery, the desalination system may become much more affordable in areas like Africa and the Middle East.

Researchers from the Zuckerberg Institute for Water Research at Ben Gurion University of the Negev and central Arava R&D, have found a way to utilize solar energy at a fraction of the cost which can be custom-engineered for the desalination process, according to the Israel Ministry of Foreign Affairs (MFA).

The new innovation uses solar energy panels to power the pumps of a desalination unit that generates clean water for crops. More importantly, the technology utilizes unique nanofiltration membranes that enable farmers to decide which minerals should be retained from the water to feed various types of crops, a method which requires much less energy. The new system is currently being tested in the Arava Valley of Israel, south of the Dead Sea, where the basin is very dry. The results thus far show that farmers can use up to 25 percent less water and fertilizer than what has usually been needed in that area.

According to Andrea Ghermandi of the Zuckerberg Institute for Water Research at Ben-Gurion University and one of the system’s creators, the current environment is forcing agricultural systems to become more economical. Ghermandi told the MFA that “the growing global demand for food and competition for resources among economic sectors compel future agricultural systems to be more efficient in the use of natural resources such as land and water.”

Another important researcher in the discovery, Ben Gurion University’s Rami Messalem explained that the” breakthrough here was to make the system more economical and we’ve done this using nanofiltration cleverly. Our system is compatible with electricity but is based on the premise that it can be used in poor countries, in places where you don’t have an electricity source—as a standalone system.”

The MFA website indicated that the new desalination system was made possible thanks to funding from Swiss philanthropist Samuel Josefowitz. 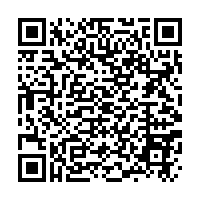