A JTA story quotes Jewish Agency Chairman Natan Sharansky who said the fear of a war with Iran has caused Jews in the Diaspora to delay their aliyah plans.

Sharansky told Israel Radio on Sunday that potential immigrants who had finalized their plans to move to Israel have delayed their arrival by several months because they are afraid of an Israeli strike on Iran’s nuclear facilities and an Iranian response.


Sharansky complained that public discussions by Israeli politicians and defense officials about an Iran strike “have crossed every red line.”

I used to live on Grand Street near the FDR Drive, where any international security expert would have told you was one of the safest places on the planet. One morning, from the panorama window of my two-bedroom apartment, I saw a silver bullet circle the second Trade Tower, about a mile from my home, and smack into it in a giant ball of fire.

I didn’t see the first plane go into the first tower, hardly anybody did. But I and millions around the globe saw that second agent of horror.

Over the following 11 years, the U.S. economy collapsed around us, thousands of American lives have been lost on the battlefield, trillions were wasted on bizarre expenditures and still, no one and nothing in America is safe.

If I were Sharansky, I would not complain so much about the heated exchange of opinions about the next most crucial decision our political leadership is expected to make. It’s a democracy, and what’s more, it’s a Jewish democracy. Blabbering all over the place is what we do, and rightfully so.

I’m surprised at Sharansky, dubbing this no-holds-barred debate as crossing “every red line.” He should remember reds and lines, and should tell our U.S. brethren (and sistren) that the real danger is not in a Jewish style noise, but in a Soviet style silence.

Jewish folks on Grand Street and further west, in Jersey and all the way out to Long Beach, Ca. – there’s nothing to be afraid of. We have a better army here, dollar for dollar, than the one defending you over there, and we have a better economy, also dollar for dollar.  Honestly, go ahead, start packing, you’ll never regret it. 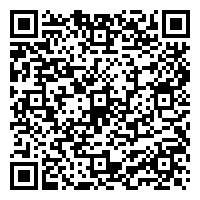