Two major centers of Jewish culture disappeared during the 20th century, in Eastern Europe and the Muslim Middle East. Now there is pressure on what is left of the Jewish populations of Western Europe.

A general explanation for this phenomenon can and does fill books, but a quick summary is that traditional forms of antisemitism that developed in the Christian and Muslim worlds came together and exchanged DNA during the Nazi period, making both strains more virulent. Then, after 1948 and in the cauldron of the Cold War, political anti-Zionism combined with simple Jew-hatred to produce today’s particularly dangerous pathogen, which is as deadly as Nazism and as easily transmissible as left-wing politics.

Jews today are concentrated in Israel and in the US. There’s no need to discuss yet again the external and internal threats Israel faces (although I’m confident that it will prevail in the current confrontation with Iran). What about the Jewish population of the US?

America is different from Europe or the Muslim world. America defines itself as a nation of immigrants, so the Jew is not automatically an ‘other’ as in France, for example. America has an aggressive tradition of institutionalized religious tolerance which is unmatched anywhere else in the world.

The influence of Muslims is less of a problem than in Europe. American Muslims are a much smaller percentage of the population than in Europe, and they tend to be more educated, assimilated and likely to accept Western values.

That is not to say that there isn’t a certain amount of Jew-hatred here, either the more traditional “paleo” kind represented by Pat Buchanan or David Duke, or the so-called “new antisemitism” that hides behind an anti-Zionist political facade. But the great majority of Americans find these attitudes offensive. While ugly stereotypes about Jews are common, they rarely result in overt behavior. All this could change, but not easily and not quickly.

But there are other factors at work that will reduce the importance of American Jews. The Jewish community in the US is shrinking (by 5% since the 1990′s) because of a low birth rate and high degree of intermarriage among secular and Reform or Conservative Jews, who are close to 80% of the total. It is much harder for secular or liberal Jewish families to maintain Jewish cultural identity in the majority non-Jewish US than in Israel.

Orthodox Jews, on the other hand, are increasing numerically and as a percentage of the Jewish population. At least half of those are considered Hareidi (“ultra-Orthodox”), which is the fastest growing subgroup.

I think that these trends will gradually result in less Jewish influence on American culture and politics because of smaller numbers and the tendency of the more observant Jews — especially Hareidim –  to participate less in the public sphere. While I don’t think we will see a surge of antisemitism here, I expect that the Jewish community will become smaller proportionally and less involved in American life and politics.

The center of Jewish culture — spiritual, scientific, entrepreneurial, artistic — is today, as it should be, Israel. This was not the case in 1948 or 1967, but it is true now, and I can only expect it to become more true as time goes by. Which means that the future of the Jewish people depends on the survival and prosperity of the Jewish state. 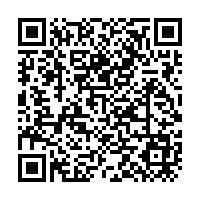