Is Netanyahu betting the house on Romney?


“Netanyahu has not acted wisely enough in order to maintain Israel’s neutrality, traditional neutrality in relation to the American election,” Ezrahi says.

The professor of Political Science at the Hebrew University argues that it’s clear to anyone who follows the news that Netanyahu would prefer a Romney presidency. But while that might be good for Netanyahu and the Likud government for the moment, it would be bad for Israel in the long run.

“He has brought about consequences that actually damage the vital interests of the state of Israel,” Ezrahi says.

If ever there was a demonstration of Netanyahu’s clear preference this election, it was when he met with Romney in Jerusalemin late July.

The NY Times reminded its readers in April that, back in 1976, the lives of Mitt Romney and Benjamin Netanyahu intersected, on the 16th-floor offices of the Boston Consulting Group, where both served as corporate advisers. They absorbed and shared the same world view. Since then, they had kept a warm friendship, little known to outsiders, that is now rich with political intrigue.

I believe Mitt Romney is using Netanyahu to win the November election. But it’s not U.S. Jews he’s after.

Don’t get me wrong, Romney has been openly and vociferously supportive of Netanyahu, especially on Iran.

As the former governor was about to begin his talks with the PM, Romney’s senior national security aide, Dan Senor, told reporters: “If Israel has to take action on its own, in order to stop Iran from developing that capability, the governor would respect that decision.”

That was a direct challenge to President Obama’s campaign to restrain an Israeli strike while Western economic sanctions against Iran had a chance to run their course.

Senor doubled down a short while later, saying that Romney felt “we should employ any and all measures to dissuade the Iranian regime from its nuclear course”.

Senor clarified that, just like Obama, it was Romney’s “fervent hope that diplomatic and economic measures will do so” and “no option should be excluded,” but stressed that “Romney recognizes Israel’s right to defend itself, and that it is right for America to stand with it.”

And even though Romney himself, at the press conference with his host and personal friend, only added that he takes “with great seriousness” Iran’s nuclear program, he proceeded through the remaining weeks until the Republican convention to express nothing but support for an Israeli strike, should one be forthcoming.

In his acceptance speech, Thursday night, Romney cashed in on his pro-Israel credentials:

“In his first TV interview as president, he said we should talk to Iran,” he reminded his audience. “We’re still talking, and Iran’s centrifuges are still spinning.”

And the zinger every Jewish and Israeli news outlet has been quoting this morning: “President Obama has thrown allies like Israel under the bus, even as he has relaxed sanctions on Castro’s Cuba.”

Mixed metaphors aside, what is Romney looking to get out of these statements? He can’t possibly be thinking they’ll bring him enough Jewish voters to significantly reduce the traditional Jewish support for the Democrats.

Nadine Epstein, editor and publisher of Moment Magazine, related what former mayor Ed Koch had told her about his pressure on Obama to become friendlier to Israel. It took Koch’s throwing his weight on the side of a Republican candidate for Congress replacing Anthony Wiener, to deliver the message.

But once Koch had Obama’s ear and was convinced the message had been delivered, he changed his stance and joined the New York City Democrats in supporting the president.

“Why the about face?” asks Epstein and answers: “Once reassured that Obama stands behind Israel, domestic policy became foremost: Koch cannot imagine an America without Social Security, Medicare and Medicaid. He is afraid that Republicans, led by Mitt Romney—and VP pick Paul Ryan—will abolish those programs.”

And yet, Romney has been nothing but gung-ho on Iran, continues to press for the U.S. all but initiating an Israeli bombing of Iran’s nukes. 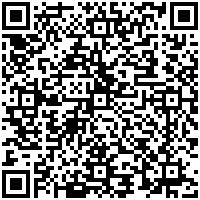