New polls in three swing states are pointing to the same general trend of Obama starting to increase the gap between his numbers and Romney’s, most significantly in Virginia, where the president has seen an overnight increase of 2.5%, which, in a swing state, is huge.

Here are the scores from the three swing states with fresh polls:

National polls are usually less significant than state-by-state polls when it comes to long-term results, but something has happened in the national polls over the past few days which deems consideration: Obama’s favorables have been going through the roof, considering the state of the economy and what many have seen as a weak response by the Administration to attacks on U.S. diplomatic missions in the Arab world and the killing of an ambassador and three State Dept. Employees.

Romney, on the other hand, is stuck 43.8% for and 43.8% against, a tie which, with seven weeks remaining until election day, could be deadly.

But it appears that the same folks who think Obama’s direction for the country is pretty terrible, are far from being convinced that Romney would present an improvement. In fact, they’re quite convinced he won’t. If the swing states stay as they are today, the Obama/Biden ticket will receive 332 of the delegates to the electoral college, with only 206 going to the Romney/Ryan team.

Incidentally, Obama is trouncing Romney when it comes to safe states. Altogether, the president can count without any doubt (and save his advertising money) on ten states, comprising 142 delegates altogether:

Romney, on the other hand, while “owning” 13 states, can only squeeze a total of 76 delegates from all of them put together:

And the final blow to the Romney campaign: a poll released last week by CBS News and The New York Times showed Obama with a 53% -41% lead among women.

This national average of a 12% lead grows to as much as 14% and 16% among women in states like Virginia, where recent anti-abortion legislation by Republican lawmakers and governors have convinced women that they must vote for Obama despite everything else, to preserve their reproductive rights. The Democrats have been as effective on convincing women Obama will protect their right to an abortion as they have been at warning elderly voters that Ryan will take away their medicate and social security.

Many, both on the left and on the right, have been saying this week that in order to win Romney must score three perfect wins in the coming debates, and run a flawless campaign with zero gaffs.

Well, just for laughs, try plugging “Romney gaffes” in your Google. As of this morning I received 48,600,000 results.

Top suicidal gaffe? “I like being able to fire people who provide services to me.”

And, possibly, a career ending quote, from a May fundraiser, which could be as deadly as Barack Obama’s line back in 2008 about gun toting religious nuts who won’t vote for him: “There are 47 percent of the people who will vote for the president no matter what. All right, there are 47 percent who are with him, who are dependent upon government, who believe that they are victims, who believe the government has a responsibility to care for them, who believe that they are entitled to health care, to food, to housing, to you-name-it — that that’s an entitlement. And the government should give it to them. And they will vote for this president no matter what. … These are people who pay no income tax. … [M]y job is not to worry about those people. I’ll never convince them they should take personal responsibility and care for their lives.”

Goldstein on Gelt: How to Invest for Growth 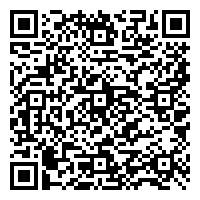