Jacob blessed his son Zebulun, stating that the future tribe of Zebulun will settle the Holy Land along its coast and enjoy the fruits of naval trade (Deuteronomy 49:13). In that context, the Bible uses the word “oniah” (boat or ship) for the very first time.

Dr. Raphael Patai (1910-1996) explains that this word is the most basic, general term for boats in Biblical Hebrew. To specify a certain kind of boat, the Bible simply attaches a modifier to “oniah.” So, for example, “oniyot Tarshish” (I Kings 22:49, Isaiah 2:16, Psalms 48:8, and elsewhere) are boats capable of traveling all the way to Tarshish (possibly Tarsus or Tunis); “oniyot socher” (literally, boats of merchants) are mercantile ships equipped for lengthy journeys (see Proverbs 31:14); and oni shayit (Isaiah 33:21) are either row boats powered by the motion of oars, since “shotim” means sticks or paddle rods (Radak), or a general term for boats that swim (“shat”) on the surface of the sea (Rashi).


The meaning of “oniyot eiveh” in Job 9:26 is not obvious. Rashi writes that “eivah” is the name of a strong river, seemingly implying that this term denotes boats used in waters with strong currents. The Ibn Ezra suggests that “eivah” is a place name, seemingly implying that the term denotes boats that are sturdy enough to make the journey all the way to Eiveh.

Alternatively, the Ibn Ezra suggests that “eivah” is some sort of fruit (or other commodity), and oniot eiveh are boats commonly used for transporting those products. Gersonides claims that oniyot eiveh are especially fast boats.

Dr. Patai and Dr. Chaim Tawil argue that “eiveh” is related to the Akkadian word “abu”/“apu,” which means reeds. Thus, oniyot eiveh are boats made of reeds (which were typically insulated with tar and pitch).

Not every mention of a seafaring vehicle in the Bible, however, contains the word “oniah.” We have, for example, “dovrot” (I Kings 5:23) and “rafsodot” (II Chronicles 3:15), which both Rashi and Radak say refer to rafts built by tying wooden beams together.

Even-Shoshan’s dictionary cites some scholars who tie “rafsodah” to the Akkadian “rakasu” (tying or knotting). In later Hebrew, “rafsodah” refers to a footstool or Ottoman (see Midrash Tanchuma, Bereishis 5). In Modern Hebrew, “rafsodah” has been redefined to refer to wooden pallets used for transporting goods.

Rabbi Shlomo Pappenheim of Breslau (1740-1814) traces “oniah” to the biliteral root aleph-nun (where), from which we get the words “an,” “anah,” and “le’an” (where, and to where). Rabbi Pappenheim explains that “oniah” derives from this core meaning because a boat doesn’t travel in a straight line to its destination; rather, it moves about following in whatever path the waters push it. Because a boat’s last stop is not readily obvious from watching its route, one might ask about such a seafaring vessel, “To where is it going?”

Rabbi Samson Raphael Hirsch (to Genesis 16:8) offers a simpler take on this connection, simply noting that an oniah is a vehicle that brings a person to a specific destination (where).

We also find references to sefinah Alexandrit (boats that would often leave from Alexandria – see Maimonides’ commentary to Keilim 15:1); “sefinat HaYarden” (a smaller boat used for ferrying people across the Jordan River – Shabbos 83b); and “sefinot shel piraton,” which are – you guessed it – pirate ships (Shemos Rabbah 17:5).

2) “Sefinah” is related to “safah” (edge – i.e., seashore) because, when not in use, a sefinah is typically housed at a port along the edge of the sea.

3) “Sefinah” might be a boat that isn’t as sea worthy as an oniah, so it must be kept closer to the shore as it is unsuitable for deep-sea excursions.

4) “Sefinah” is related to “tzafun”/“safun” (hidden or embedded) because all sorts of merchandise are typically packed up and transported on a sefinah.

(I seem to remember a commentator explain that “sefinah” is related to “safun” because the bottom hull of the ship is immersed [i.e., hidden] in the sea, while only the top part that floats above water remains visible. Alas, the source of this wonderful explanation eludes me at the moment.)

In closing, here are some other words for seafaring vehicles in the Bible:

2) “Sirot dugah,” which according to Rashi and Radak (to Amos 4:2) are fishing boats. Rashi notes that the equivalent term in Mishnaic Hebrew is “dugit” (see Bava Basra 73a), which, according to Rabbi Dr. Daniel Sperber, is derived from “dag” (fish).

3) “Tzi,” or “tzim,” which are especially large boats, according to Rashi (commenting on Numbers 24:24, Isaiah 23:13, and Sanhedrin 106a). The Malbim writes that this word is especially used for battleships since these vessels are typically built to be big and strong.

Rabbi Reuven Chaim Klein is the author of “Lashon HaKodesh” and the recently-published “G-d Versus Gods: Judaism in the Age of Idolatry.” He currently lives with his family in Beitar Illit, Israel and can be reached at rabbircklein@gmail.com. A form of this column also appears on Ohr Somayach’s website. 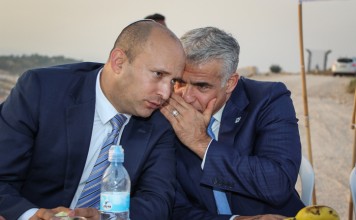 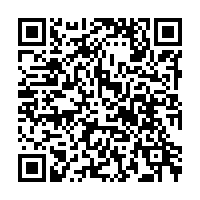