Last week, we noted that “tzvi” can mean desire. Rabbi Shlomo Pappenheim of Breslau (1740-1814) explains that “tzvi” is derived from the root tzadi-bet, which means standing since something desirable remains perpetually in one’s thoughts as though it were constantly “standing” in front of him.

“Tzvei” is the word Targum Onkelos sometimes uses to translate “cheshek” and “chefetz” – although he also sometimes translates these words with “raavon,” which is the Aramaic form of “ratzon.” Rabbi Aharon Marcus (1843-1916) writes that “ratzon” is related to “ratz” (running) because one runs with greater determination to do something one wants to do.

Similarly, a deer came to be known as a “tzvi” because a deer runs quickly. Alternatively, one could argue that because a deer is so swift, it always escapes capture, allowing it the freedom to run towards its goals (or its desires).

Interestingly, the Midrash (Bereishis Rabbah §5:8) asserts that “eretz” (land) is related to “ratzon” and “ratz,” explaining that when G-d created the world, the land wanted to follow G-d’s will so it ran to cover as much of the earth’s surface as possible – until G-d told it to stop.

A number of commentators explain that “chefetz” is a strong, physical type of desire while “ratzon” is a more subtle desire to do the right thing. Rabbi Pappenheim explains that “ratzon” connotes a simple want, while “chefetz” expresses a strong-willed desire. Similarly, Rabbi Tzvi Yehuda Kook (1891-1982) explains that “chefetz” is a stronger form of desire than “ratzon” since it’s less abstract. That’s why all tangible realia are called “chafetzim” in Mishnaic Hebrew (see Rashi to Ecclesiastes 3:1).

Along similar lines, Rabbi Aharon Yehuda Leib Margolios of Frankfurt (d. 1811) in Beis Midos explains that “razton” refers to a person’s innate desire to do good while “chefetz” generally refers to his animalistic, physical desires. He thus explains that the words in Psalms 40:9 – “To do Your will (retzoncha), O G-d, I have desired (chafatzti)” – mean that the psalmist has taken G-d’s will (ratzon) as something he wants to do on a behavioral level (chefetz).

The Malbim (1809-1879) explains that “chefetz” denotes the soul’s emotional desires while “ratzon” denotes the mind’s intellectual desires. He writes that “chefetz” is used when somebody is attracted to somebody/something without him consciously choosing to desire it. A non-intellectual desire like “chefetz” can therefore theoretically drive a person to want that which is bad for him (for example, Isaiah 66:3).

On the other hand, when a person’s mental faculties are in play, he would never – “in his right mind” – choose to want something bad for himself, so “ratzon” always denotes wanting something good and noble.

The Malbim explains that sometimes a person’s chefetz can get in the way of his ratzon and trump his true will. That’s why the Torah uses the verb “chefetz” to describe a man who does not want to perform the great mitzvah of yibum (Deuteronomy 25:7-8, Ruth 3:13).

Rabbi Avraham Bedersi HaPenini (1230-1300) takes issue with those (like the Malbim) who explain “chefetz” as referring to an unwanted emotional desire. He cites a bevy of Biblical passages (e.g., Numbers 14:8, Isaiah 42:20, 53:10, I Kings 10:9, Psalms 147:10, I Samuel 15:22) that use “chafetz” to describe G-d desiring something, and it is difficult – if not heretical – to say that G-d has a desire He didn’t choose. So Rabbi Bedersi argues that “chefetz” must also connote a desire one chooses.

Rabbi Yehuda Leib Edel (1760-1828) offers a totally different take on the difference between “chefetz” and “ratzon.” He explains that “chefetz” refers to one’s final goals, while “ratzon” can also refers to intermediary goals.

To better illustrate Rabbi Edel’s point, consider the difference between “I want to buy pizza” and “I want to eat pizza.” In the first sentence, what I really want is, not to buy pizza, but to eat pizza. Buying pizza is just an intermediary step I must take if I wish to eat pizza. According to Rabbi Edel, “razton” is an appropriate term for the first sentence, but only “chefetz” can be used in the second sentence since eating pizza is my final goal. (Incidentally, the Vilna Gaon maintains that “chafetz” refers specifically to food-related desires.) 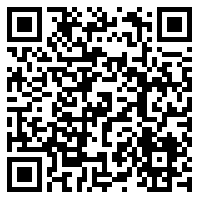