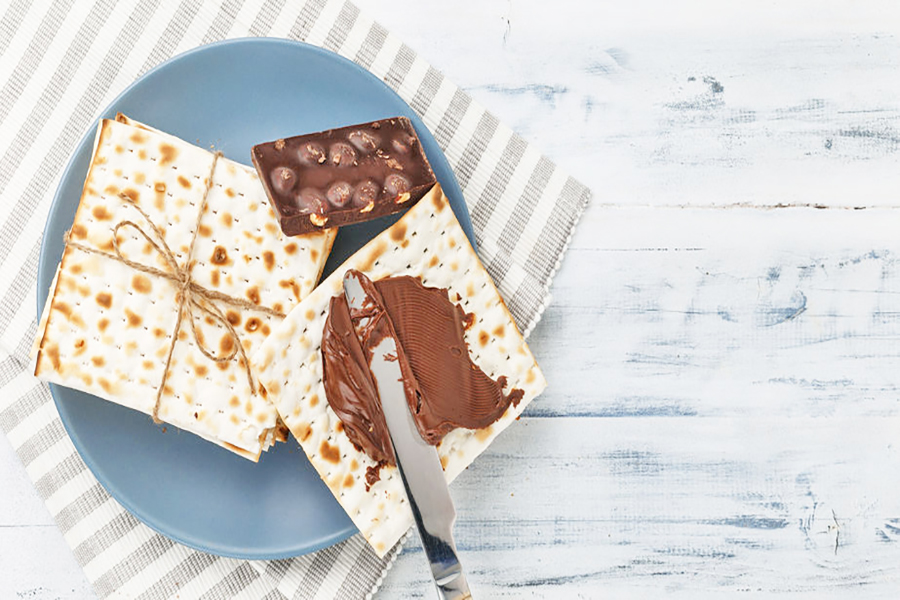 One might assume that the halachic quality of machine-made matzah has only improved since its advent in the mid-19th century. After all, today’s matzah-making machinery has benefited from an additional century and a half of scientific progress. Several recent publications, however, have suggested that technological innovation has actually negatively affected the kashrut of machine matzah (see, for example, R. Menachem Mendel Eisenberg, “HaChashashot beMatzot Mechonah shel Yameinu,” Techumin 26 (5766) p. 126; R. Moshe Sternbuch, Responsa Teshuvot veHanhagot 4:100 and 6:106).

These studies have received scant attention – probably because it’s difficult to imagine that deleterious innovations have crept virtually unnoticed into the production of machine matzah. The purpose of this essay is to raise awareness of their findings and to stimulate discussion. It must be emphasized from the outset that its goal is not to assert unequivocally that contemporary machine matzah is unsatisfactory. It must also be noted that not all matzah plants follow the exact same procedures; thus, the issues mentioned here do not necessarily pertain in full to all bakeries.


Before discussing the details of the studies mentioned above, we should note that several 19th century poskim actually foresaw a decline in the halachic standards of machine-made matzah. While many rabbis at the time enthusiastically embraced making matzah by machine, others opposed the practice regardless of its technical halachic acceptability. The latter group considered it intrinsically improper to tamper with the traditional manner of executing such a sensitive halachic procedure as baking matzah. Furthermore, they were concerned that if the idea became entrenched that “machine matzah is permitted,” people would continue to believe it was permitted even if future machine matzah production changed for the worse.

Misnagdim, with their more rationalistic religious outlook, tended to downplay this “slippery slope” argument against machine matzot. Indeed, they considered it misguided to reject scientific advances that potentially improve Torah observance. To this day, most Jews of German and Lithuanian extraction prefer using machine matzah, whereas it is the more mystically-inclined chassidic community that staunchly insists on using handmade matzah for all of Passover. But if the arguments against the contemporary production of matzot are salient, we may justly regard the early objections to machine matzah as prophetic.

In order to understand the potentially problematic developments, we must bear in mind that the original machine matzah-baking process was very different than its modern automated counterpart. The matzah “machine” back in the 19th century was a mechanical dough-roller that was actually operated by hand. The kneading was done entirely by hand as was the insertion into and removal from the oven. Furthermore, the oven was precisely the same type of oven that was used for hand matzah.

Today, however, electric machinery performs almost the entire process. The dough is made extremely dry to render it compatible with this equipment. The reduced quantity of water plus the friction of powerful mixing machines can cause the dough to heat up significantly at the very beginning of its processing. This increased heating does not occur in the production of hand matzot and seems unideal since warm dough can become chametz in less than 18 minutes, according to halacha.

We encounter an even more significant problem, though, when we assess the baking process itself. In contemporary machine matzah factories, the oven is completely different than the oven used for machine matzot in the 19th century (and which is still used to make hand matzot today). It is similar to industrial ovens used for baking crackers. Instead of undergoing a stationary baking process, machine matzot travel on a conveyor belt through a long chamber heated at intervals by gas burners. In many bakeries, the finished product emerges after approximately two minutes in the oven.

The amount of time the matzah spends in the oven should give us serious pause. Hand matzah dough is about as thick as machine matzah, yet it usually bakes in well under 30 seconds.1 If one were to leave dough in a hand matzah oven for much longer, it would burn to a crisp. Why does a machine-made matzah emerge after two minutes just baked – and sometimes barely so?

While it is true that machine matzah ovens are cooler than hand matzah ovens, there is another factor at play. In a traditional matzah oven, the dough rests directly on the oven surface, resulting in an intense and efficient transfer of heat to the dough. It begins baking immediately and the baking continues unabated until the dough (now a matzah) is taken out. This is, in fact, how all ovens operated at the time of Chazal.

In contrast, the new machine matzah ovens operate like contemporary household ovens, with items baked via indirect heat. The matzah dough is heated by the air of the oven as it moves on a mesh conveyor belt rather than by contact with a solid surface that is constantly heated directly and intensely by fire. Even if the air in the oven is hot enough to bake the dough (see Igrot Moshe 1:153), the heat impacts it much more slowly than does the heat in a hand matzah oven. The difference between the two processes is analogous to the difference between sitting in a 200-degree sauna versus touching a 200-degree pan on a stove. The heat experienced in the former is obviously much less potent.

We have no precise formula for the exact speed at which dough must reach a certain temperature to effect halachic “baking” and thereby prevent leavening. We know from mesorah that the traditional oven does the job adequately; using another type of oven means risking the possibility that the dough will become chametz as it warms in the oven before it is completely baked.2 Taking this risk – even if it is slight – is inconsistent with the extreme care and conservatism that the Jewish people exercise when it comes to Pesach.

Unease about the modern oven certainly seems warranted when one considers that its express purpose is to ensure that the dough not become thoroughly baked immediately.3 Cracker manufacturers use this sort of oven because it produces a tastier, “fluffier” product. Indeed, many people prefer the taste of machine matzot since they are less dense than hand matzot. But the stark contrast between the textures of the two types of matzah is actually cause for halachic concern.

As noted above, it is not the intention of this article to state definitively that the kashrut of such a widely-used product as machine matzot is deficient. Such an idea seems almost untenable especially given the severity of the laws of Pesach and how scrupulously the Jewish people observe them. A definitive halachic assessment of contemporary machine matzah is solely the purview of gedolei haposkim who fully understand the scientific, historical, and halachic underpinnings of matzah baking.

Although further analysis is necessary, this much seems clear: As the situation stands today, hand matzah is almost certainly preferable to machine matzah (but of course, both types of matzah can be problematic if not made with proper diligence). Furthermore, there is clearly room for improvement at machine matzah bakeries, and the managers of these bakeries are undoubtedly capable of upgrading their methods if they put their minds to the task.

Many people today “pledge allegiance” to machine matzah because it was accepted by their parents, grandparents, or spiritual mentors. Today’s machine matzot, however, are not identical to those that were sanctioned, and preferred, by some of the greatest 19th century poskim. If the facts on the ground have changed, an unwavering commitment is misplaced. I can speak to this point on a personal level: Despite being a misnaged, I have lost my taste for machine matzah.