The most common word for soul in the Bible is “nefesh.” In fact, cognates of “nefesh” appear in the Bible over 750 times!

Rabbi Shlomo Pappenheim of Breslau (1740-1814) traces “nefesh” to the two-letter root peh-shin, which refers to something that grows, increases, or otherwise expands (see Jeremiah 50:11, Habakuk 1:8, and Malachi 3:20). The soul does not atrophy with age as the body does. On the contrary; it always has within it the potential to achieve more and more.

2) “nefesh” derives from the two-letter root nun-peh, which refers to movement and recalls the constant movement of breathing. “Nefesh” is thus related to “napach” (blowing), “nafah” (sifting), “nofef” (waving), and “nafatz” (spreading).

A verb cognate of “nefesh” means to rest or relax. For example, when the Bible reports that G-d rested on the seventh day of creation, it uses the word “vayinafash” (Exodus 31:17). Rashi explains that “vayinafash” means resting because when a person stops working, he gives his nefesh a chance to relax and “catch its breath.” (In Modern Hebrew, “nofesh” means vacation or recreation.)

Rabbi Samson Raphael Hirsch (to Exodus 31:17) defines “nefesh” as a creature’s unique individuality or personality (see his remarks to Genesis 1:20 and 9:4 as well). It is related to rest because when a person works, he toils on something external to himself; when he relaxes from work, he withdraws into his own personality and uniqueness. Only when a person rests and does not try to labor on something external to himself can his own individuality shine forth.

Like “nefesh,” “ruach” – which appears in the Bible some 390 times – also carries multiple meanings. Maimonides (Guide for the Perplexed 1:40) explains that “ruach” primarily refers to the elemental air (Genesis 1:2). From that meaning, it was borrowed to refer to winds (Exodus 10:13), and since winds can be said to blow from four directions, it also came to mean direction or corner (see Ezekiel 42:16 and 42:18).

Maimonides explains that “ruach” also means a life-giving spirit, which is what remains of a person after death (Ecclesiastes 12:7).

The Raavad (in his commentary to Sefer Yetzirah) explains that “ruach” denotes a sort of spiritual engine that powers man and is energized directly by G-d. Indeed, Moses twice describes G-d as the “G-d of the ruach of man” (Numbers 16:22 and 27:16).

Rabbi Pappenheim collapses all these meanings of “ruach” into the two-letter root reish-chet, which means air. Just as air is light and almost indiscernible, a soul is abstract and undetectable by the physical senses. In discussing other words derived from this biliteral root, Rabbi Pappenheim explains that “revach” (open space) is typically filled up with air and the moon is called “yareach” because its movements control the winds.

Rabbi Samson Raphael Hirsch (to Genesis 8:21 and Exodus 30:25) relates “ruach” to “rei’ach” (smell) and compares these words to “reichaim” (millstone) and “rokach” (pulverization). He explains that “rei’ach” primarily refers to the tiny olfactory particles that emanate from items that smell. This word is related to “pulverizing and smashing with a millstone” because both processes reduce bigger objects into smaller bits. (Rabbi Marcus writes that “ruach” is derived from “rei’ach” because winds carry smells from one place to another.)

“Neshamah” – which appears only 25 times in the Bible – differs from “nefesh and ruach” in that it only means soul. That said, the Midrash (Bereishis Rabbah §14:9) connects “neshamah” to “neshimah” (breathing), deriving the lesson that one must thank G-d for every breath he takes from the verse, “Every neshamah praises G-d, Hallelujah!” (Psalms 150:6).

The Radak in Sefer HaShorashim writes that tinshamet – a non-kosher predatory bird (see Leviticus 11:18) – is derived from the root nun-shin-mem that relates to “neshamah” and breathing because when a person see such a bird, he starts breathing heavily (presumably out of fright).

The Ibn Ezra (to Gen. 7:21 and Shitah Acheret to Gen. 2:7) writes that some people have connected “neshamah” to “shamayim” (heaven), and notes that man’s soul comes from above.

Rabbi Pappenheim writes that both “neshamah” and “shamayaim” are derived from the biliteral root shin-mem, which denotes anything abstract that cannot be perceived by the material senses. Other words derived from that two-letter root include “sham” (there) and “shem” (name).

Shamayim is a spiritual part of creation that transcends sentient perception just as a neshamah is a person’s spiritual essence that one cannot see. Rabbi Mecklenburg calls it a person’s geist (spirit) – a German word that is related to the English words “gist” and “ghost.” 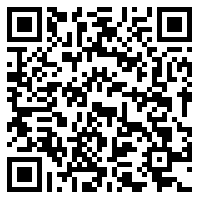