On the second night of Pesach, we begin Sefirat HaOmer. The Torah states that this counting should begin “when the sickle (chermesh) commences upon the standing-grain” (Deuteronomy 16:9).

Yet, when the Mishnah (Menachos 10:3) describes the public cutting of the omer, it uses a different word for the tool used: magal. The Mishnah reports that the harvester would hold up the tool and ask the assembled crowd, “Is this a magal?” to which those in attendance would answer, “Yes!” He would then ask again, “Is this a magal?” And the crowd would respond, “Yes!”


But why does the mishnah call this tool “magal” if the Torah calls it “chermesh”?

Each time “chermesh” appears in the Bible, the Targumim translates it as “magla.” This would suggest that “magal” is actually a Hebraicized form of the Aramaic “magla.” It would also account for why the Book of Deuteronomy would use the purely Hebrew word for the harvesting tool in question, while the Books of Jeremiah and Joel and the Mishnah – which were written later at a time when Aramaic had become more prevalent – would use the Aramaic-influenced term.

The Radak in Sefer HaShorashim writes that “magal” is a cognate of the Arabic word “almunajil” (sickle). Maimonides (in his commentary to the Mishnah Peah 4:4 and Sheviit 4:6) also uses this Arabic word to define “magal.”

The Sifrei (to Deuteronomy 23:26) states that “chermesh” means “magal,” and Maimonides (in his commentary to the Mishnah Sheviis 5:6) writes that the Mishnaic term magal-yad means “a small chermesh,” again indicating that the two words are synonymous.

Israeli archaeologist Dr. Shmuel Yeivin (1896-1982) writes that some scholars have proposed that “chermesh” is a “sickle” while “magal” is a larger “scythe.” However, Yeivin rejects this proposal, arguing that there is no basis in the Bible for it. He also notes that from an archeological perspective, it’s untenable because there’s no evidence of the existence of the scythe in Biblical times.

Yeivin suggests that “chermesh” is related to “chalamish” (flintstone), given the interchangeability of reish and lammed. He proposes that perhaps the chermesh was a crude harvesting tool made of stone while the magal was a more technologically-advanced version of the same tool made of metal that was created in a later historical era.

There are two more theories on the etymology of “chermesh.” Rabbi Samson Raphael Hirsch (to Genesis 25:6) theorizes that Hebrew words with seemingly four-letter roots in which the final letter is a shin are really derived from three-letter roots. Based on this theory, he explains that the root of “chermesh” is the triliteral chet-reish-mem (i.e., cherem – destroy or ban), and “chermesh,” with the added shin, is a tool used for destroying/cutting.

Dr. Shlomo Mandelkorn (1846-1902), in his concordance of Biblical Hebrew, Heichal HaKodesh, also suggests that “chermesh” is derived from “cherem.”

Rabbi David Chaim Chelouche (1920-2016), the late chief rabbi of Netanya, offers another theory. He argues that the quadriliteral root of “chermesh” actually reflects the merging of two biliteral roots – chet-reish (hole) and mem-shin (move) – as a chermesh cuts (i.e., “creates a hole”) grain and allows it to be moved from its present location.

The Italian Kabbalist Rabbi Moshe David Valle (1697-1777) writes that “chermesh” is a portmanteau of “cherem” (ban) and “eish” (fire), thus associating it with the realm of justice, as opposed to “magal,” which he understands alludes to the realm of mercy.

Alternatively, Rabbi Valle reads “chermesh” as an acronym for the phrase “chafetz retzono marbeh sheilato,” which essentially teaches that the more a person tries to attain all his wants and desires, the more needy he will end up being.

In another Kabbalistic exposition, Rabbi Chaim Vital (1543-1620) argues that the Bible uses the word “chermesh” instead of “magal” in relation to cutting the omer because the gematria of “chermesh” is 548, which is the same gemtaria of “and the Angel of Death” (reminiscent of popular depictions of the Grim Reaper with his scythe/sickle).

Rabbi Chaim Vital homiletically interprets the cutting of the omer as speaking of a person’s life span. Once a person reaches 20, he becomes liable for Divine punishment for his sins and remains in that situation for the next 50 years (70 years being the archetypal lifespan of a human in the Bible).

Concerning the word “magal,” Rabbi Shlomo Pappenheim of Breslau (1740-1814) writes that its root is the two-letter gimmel-lammed, which primarily means round, as a sickle’s blade is curved and almost forms a circle. Other words derived from this include “gal” (a heap of stones in a circular formation), “galgal” (wheel), and “megillah” (a scroll, which is rolled up).

Rabbi Pappenheim also traces the words galut (exile) and geulah (redemption) to this two-letter root. His particular way of connecting those words to the core meaning of gimmel-lammed is a bit complex, but I would suggest that the connection lies in the cyclic nature of the exile-redemption-exile paradigm that prevails until the final redemption.

In light of this understanding, I would further suggest that the rabbis preferred the word “magal” to “chermesh” because “magal” etymologically fits with the theme of Passover that stresses the freedom associated with the transition from galut to geulah. 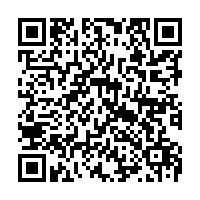