Three different Hebrew terms are associated with the concept of learning or teaching: limud, hora’ah, and alef. This week we will investigate the core roots of these words and how they differ from one another.


While none of these great grammarians intimate a thematic connection between the four different semantic inflections of the root, I propose that a common theme is the concept of unidirectional movement (similar to a ray in English).

In the case of “throwing,” one who throws an object chucks that item away from oneself. In the case of both rain and spittle, these liquids always flow in one direction: downwards.

In terms of “teaching,” yoreh/hora’ah implies imparting information in on direction – from teacher to student. This is reflected in the popular teaching method of the frontal lecture, whereby the teacher essentially “throws” information at the students and hopes they catch it.

In Mishnaic Hebrew, the term hora’ah refers specifically to the ability/responsibility to render Halachic decisions (Avot 4:7, 6:6, Horayot 1:1, 1:4, Parah 7:9 This meaning of hora’ah also reflects the unidirectional trickling down of jurisprudence, which flows from a halachic authority down to those less knowledgeable. In Modern Hebrew, the term hora’ah retains the more neutral meaning of “teaching/instructing.”

Radak adds that the word Torah (as well as its Aramaic counterpart, Orayta) also derives from the triliteral root yod-reish-hey, thus best translating Torah as “a teaching” or “instructions.”

Rabbi Meir Leibush Weiser (1809–1879), better known as the Malbim, offers an explanation in the name of Rabbi Shmuel Dovid Luzzatto (1800–1865), known as Shadal. He explains that the sort of “learning/teaching” implied by the term limud entails repeating a lesson over and over until it is engraved in the student’s heart and they know it well. On the other hand, hora’ah refers to teaching something one time and expecting that the pupil will learn the lesson and retain the knowledge. The following narrative in the Book of Kings illustrates the relative keeping power of limud and hora’ah.

The wicked Queen Athaliah went on a murderous rampage to wipe out the descendants of King David, but little did she know that her own grandson, the future King Joash, was secretly saved. As a young child, Joash was hidden away in the Holy Temple by his uncle Jehoiada, the Kohen Gadol, and later ascended the throne. Joash did what was righteous in G-d’s eyes all the years that his teacher and savior Jehoiada was alive “in accordance with what Jehoiada taught him” (II Kgs. 12:3). But after Jehoiada died, Joash no longer maintained those teachings, and even ended up deifying himself.

Shadal explains that embedded in the Bible’s description of these events is a criticism of Jehoiada’s pedagogy: He chose to use the modality of hora’ah instead of limud. He did not repeat his essential messages of how to properly act as a righteous Jew in the service of G-d. As a result, after his passing, Joash was left to his own devices and did not live up to what was expected of him. If Jehoiada had reinforced the important lessons he wished to impart to the boy-king by teaching those ideas again and again, they would have become second nature to Joash and he would not later stray from those lessons.

Rabbi Samson Raphael Hirsch (to Gen. 26:5, Deut. 4:1) contends that the root of the word Torah is not yod-reish-hey or tav-vav-reish but rather hey-reish-hey, which gives us the verb “to impregnate,” implying that the Torah represents the seeds of goodness and morality.

Yet Moses, in Book of Deuteronomy, Moses specifically uses cognates of the limud to describe his role in instructing the Jewish people. This would imply that Moses did not simply “plant the seeds” (as attributed by Rabbi Hirsch to the root hey-reish-hey) but sought to see to the fruition of those efforts. Thus both Shadal and Hirsch understand that hora’ah is a step in the learning process, while limud implies bringing that process to its conclusion.

The term alef (Job 33:33, 35:11, Prov. 22:25) also refers to “teaching.” Malbim clarifies that this particular expression refers to teaching inadvertently or by example, rather than actively teaching a lesson.

In rabbinic Hebrew, the derivation of such lessons is called a yalfuta (verb: yalif), and most often refers to inducing an idea from Scriptural verse or hermeneutic homily. This term is also the basis for the modern Hebrew word ulpan, which is a center for the “study” of the Hebrew language.

Rabbi Shlomo Pappenheim of Breslau (1740–1814) traces the root of alef to the biliteral root lammed-peh, which refers to a “strong hold from which it is difficult to break free.”

Thus an aluf (“chieftain”) is a strongman who rules his dominion from a position of strength. The word elef means “one thousand” because that is the number of constituents needed before a warlord can claim the title aluf. Malbim explains that an aluf is called so because a powerful leader is required to teach his followers how they should act.

The Vilna Gaon explains that the word alafim refers to students. Based on this, he understands this verse as warning that a teacher without students will devolve into an empty vessel. When teachers or educators have students to whom they are responsible, they are more likely to fill themselves with knowledge and become conduits for relaying that information.

About this, Rabbi Yehuda HaNasi said: “I learned much Torah from my masters, but from my colleagues I learned even more than from them, and from my students – I learned the most” (Taanit 7a, Makkot 10a). 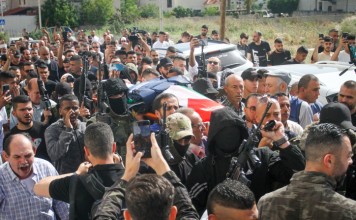 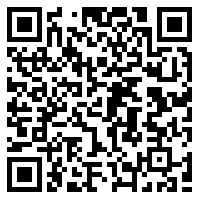