King David famously said that the Torah is dearer than gold: “The Torah of Your mouth is better for me than thousands of gold (zahav) and silver” (Psalms 119:72).

“Zahav,” along with its Aramaic counterpart “dahav” (with the Hebrew zayin morphing into an Aramaic dalet), appears more than 400 times in the Bible. Other words for gold are “paz,” “ketem,” “charutz,” and “betzer.”

Rabbi Aharon Marcus (1843-1916) writes that the root of “zahav” is zayin-hey (or perhaps even just the letter zayin alone), which means “this,” because something shiny and sparkling like gold calls attention to itself.

Rabbi Shlomo Pappenheim (1740-1814) writes that “zahav” is derived from the biliteral root zayin-bet, which means flow; when one refines gold, unalloyed gold flows away from impurities.

According to a popular etymological explanation, “zahav is a contraction of “zeh hav” (give this) – an allusion to gold’s role as legal tender. This explanation is cited by such sources as Peirush HaRokeach, Rabbi Todros Abulafia (1247-1306), Rabbi Binyamin HaRofeh Anav (a brother of the author of Shibbolei HaLeket), the Maharal of Prague (1520-1609), and Rabbi Eliezer Papo (1785-1828).

The Torah writes that the Pishon River circumscribes the Land of Havilah, where especially good gold is found (Genesis 2:11-12). Based on these verses, Rabbi Shlomo Aharon Wertheimer (1866-1935) writes that “zahav” is related to “zav” (flow), and denotes the type of gold found near flowing bodies of water.

Rabbi Pinchas Eliyahu Horowitz (1765-1821) writes that Ophir is Peru, where large deposits of gold are supposedly concentrated. Others identify Ophir as some place on the Indian subcontinent, as the legendary lost city of Atlantis, as the Philippines, and even as Australia. Academic scholars believe Ophir is somewhere in the Arabian Peninsula or the Horn of Africa.

The word “paz” appears nine times in the Bible. Although most commentators understand “paz” to mean gold, others disagree. The Ibn Ezra (to Psalms 19:11 and Song of Songs 5:11) writes that “paz” is a precious stone while Rabbi Moshe David Valle (1697-1777) maintains that “paz ” means royal jewels that happen to be made out of gold. Rabbi Wertheimer claims paz is the best and rarest type of gold in the world.

Rabbi Pappenheim writes that the two-letter root peh-zayin – from which “paz” is derived – denotes fast movement. Thus, when the Bible describes King David as being “mifazez” before the Holy Ark (II Samuel 6:16), it means he was dancing furiously in honor of the Torah. Thus, “paz” means extra pure gold that shimmers in the sunlight as though it were dancing. He also explains that the adjectives “mufaz” (I Kings 10:18), “me’ufaz” (Jeremiah 10:9), and “ufaz” (Daniel 10:5) all refer to shiny gold that glistens and glows.

Others (like Ibn Janach and the Radak) argue that peh-zayin-zayin means strength and is not related to “paz.” King David was dancing with strength and vigor (“mifazez”), and “mufaz” and “ufaz” (in the context of gold) denote an especially unalloyed and thus stronger type of gold.

The word “ketem” appears nine times in the Bible. (Interestingly, Rabbi Moshe Ibn Ezra [1055-1138] writes that “ketem” in Job 31:24 actually means silver, not gold.) According to Dr. Chaim Tawil, “ketem” comes from the Akkadian “kutimmu” and the Sumerian “kudim,” which mean goldsmith.

Alternatively, “ketem” is derived from the Hebrew root kaf-tav-mem, which can mean stain or dirtied (see Jeremiah 2:22). Rabbi Pappenheim writes that both meanings of “ketem” are derived from the monoliteral root kaf, which means hitting. Thus, “ketem” is especially pure gold whose malleability allows it to beaten very thin. Since such fine gold is especially eye-catching, “ketem” came to also mean anything that noticeably sticks out, such as a stain.

“Charutz” in the sense of gold appears six times in the Bible. This word is actually the standard Phoenician (Tyrian) and Akkadian word for gold, so some scholars claim that Hebrew borrowed the word from those languages. Rabbi Marcus, however, maintains that “charutz” comes from chet-reish-tzadi, which means cutting/digging with a sharp instrument (gold is dug up from underground). Indeed, Rabbi Wertheimer writes that the word charutz refers to gold found by digging.

Rabbi Yishaya of Trani (1180-1250) explains that gold is called “charutz” because the pursuit of gold makes people diligent and industrious, which are alternate meanings of “charutz.”

Psalms 68:14 refers to something called “yerakrak charutz” (greenish charutz), which Menachem Ibn Saruk explains is a type of gemstone. However, Dunash Ibn Labrat and others explain that it is greenish gold.

The Mishnah (Yoma 4:4) teaches that on normal days, the firepan used for the incense in the Holy Temple was made of greenish gold, but on Yom Kippur, a reddish gold one was used instead. The Israeli archaeologist Dr. Shmuel Yeivin (1896-1982) thus explains that “charutz” is greenish gold, “zahav” is yellowish gold, and “ketem” is reddish gold. (That “ketem” denotes something reddish is hinted to in the Mishnah (Niddah 8:1), which uses “ketem” to mean bloodstain.)

Finally, we have the word “betzer.” Eliphaz the Temanite tells Job that man’s best hope is to repent “and then you would have a betezer on the ground and ophir with the rocks of the brooks” (Job 22:24). Ibn Janach, Radak, and Gersonides explain that “betzer” in this context means gold. However, other commentators disagree. Ibn Ezra writes that “betzer” is silver, while Rashi (following Menachem) writes that it is a stronghold.

Rabbi Isaiah of Trani maintains that “betzer” is crude ore which, when refined, can yield gold. 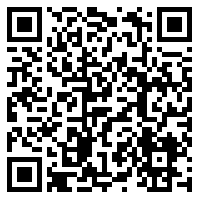