It has long been a vehicle that has helped parents defray the costs of Israel study for their post high school sons and daughters, but Masa scholarships appear to be the latest victim of coronavirus.

In a statement issued last week by Masa Israel Journey to organizers of its affiliated Jewish studies programs, acting CEO Ofer Gutman announced modifications to its financial aid models. Those changes included raising the age of eligibility to 22 for students from North America and the United Kingdom, thereby eliminating all funding for high school graduates planning to spend a year, two years or even three years studying in Israel.


Gutman said that the economic downturn brought on by the coronavirus outbreak were responsible for the cuts, forcing Masa to “make difficult choices that advanced our strategic priorities while maximizing our funds.” The cuts affect only yeshivas and seminaries while leaving Masa programs run by non-Orthodox and other youth movements unaffected, reported Haaretz.

Hoping to soften the blow to the religious community, the Jewish Agency released a statement emphasizing the importance of Masa’s Jewish studies program and noting that an arrangement made with the Israeli government would match funding raised to cover the shortfall for yeshiva and seminary students.

But those assurances rang hollow for the Rabbinical Council America which sent a June 26 letter to Jewish Agency chairman Isaac Herzog noting that many students who have benefited from a gap year in Israel through Masa have gone on make aliyah and to become leaders in the pro-Israel and anti-BDS communities.

“We find the sole exclusion of Orthodox programs from this important program to be arbitrary and discriminatory,” read the letter signed by the RCA’s president and executive vice president, Rabbi Daniel Korobkin and Rabbi Mark Dratch. “We expect better of the Jewish Agency which has historically been a vehicle which inspires and support al Jews, a point of pride for the Agency and its supporters.”

More than 7,000 students had already pre-registered for Masa funding for the upcoming academic year and Gutman said that he hopes that funding for the program can be expanded in the future. About three quarters of Masa’s $58 million budget is dedicated to grants and scholarships. While American students typically receive relatively small Masa scholarships, those who qualified last year received approximately $2,900 in funding, a boon to parents facing large financial outlays as they sent their children to Israel.

“A year in Israel is a transformative one that continues to impact communities across North America and beyond,” Rabbi Green told The Jewish Press. “There are countless students and guidance counselors who can attest to the power of that year and assistive Masa funds have been ultimately serving as the tipping point to ensure that a student can have a growth-oriented experience in yeshiva or seminary.”

Rabbi Reuven Taragin, dean of overseas students at Yeshivat HaKotel, said that yeshiva and seminary representatives have been meeting with Masa heads in an attempt to reverse or at least minimize the cuts, which could seriously impact students hoping to head to Israel for a year of study.

“We estimate probably hundreds of students who won’t be able to come under those circumstances, which would be very sad and could possibly impact schools and their ability to open and serve students properly,” said Rabbi Taragin.

While Masa may not have funding available for young men and women who will be attending yeshiva and seminary, it will continue to provide visas to participating schools, which currently includes 67 full year programs for Anglo students. Those who will hope to attend non-Masa affiliated yeshivas and seminaries, which include the Mir, Yeshivat Kerem B’Yavneh, Shalavim, Bnos Chava, BJJ and many others, currently have no way of getting the student visas they need to enter Israel. An exemption granted by the Israeli government at the end of May allowing foreign students with valid visas to return to the country was revoked in the beginning of June because of a surge in coronavirus infections, with only married students and their families now permitted to come back to Israel, reported Globes.

“It could be that students couldn’t come to Israel to learn next year because the government has to let them in,” said Rabbi Taragin. “Nobody knows how the situation could improve or not improve but right now, besides Masa, there is no way for students to get in and that is a very serious issues.” 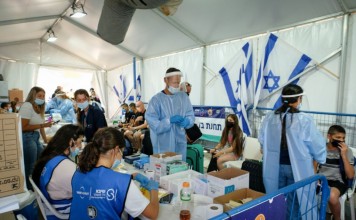 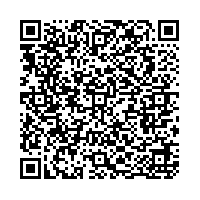