Home Sections Community Kever Rachel Fund Reception
Share on Facebook
Tweet on Twitter
A special gathering was held recently in Los Angeles celebrating the continued preservation of Kever Rachel. Miriam Adani, the founder and director of the Kever Rachel Fund, addressed the audience (with the assistance of the translator, Rabbi Korobkin) and showed a video on the present state of Kever Rachel and how it has been a source of comfort and joy for thousands of Jews who visit and pray at this makom kadosh. The evening’s MC, Sandy Kalinsky, introduced Rabbi Boruch Gradon, rosh kollel of the Los Angeles Merkaz Hatorah Community Kollel, who delivered words of chizuk.

Some of the projects supported by the Kever Rachel Fund include providing bulletproof buses traveling to the kever, coordinating simchas at the site (including simchas for victims of terror), arranging prayer gatherings, and outreach to Israeli soldiers.

The event’s hosts were Jacob and Esther Blaich. Gifts were presented to the Tribute Committee, Rabbi Gradon, the Blaichs, and all those who assisted in the evening’s event. 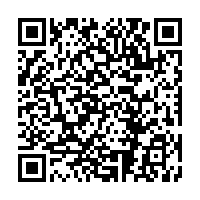