Voice Of Justice Model Seder: Event With A Message

On Thursday evening, March 29 a model Seder was held at B’nai Israel of Linden Heights in Boro Park. The special event was conducted by the Voice of Justice, directed by Mark Meyer Appel. The organization gives moral, psychological, financial and safety support to victims of child abuse. Attendees at the event included victims, advocates, and supporters.

Chaim Kiss, renowned chazzan and singer, filled the air with a mood of celebration. Delicious foods were served, and the atmosphere reflected the Pesach mood of liberation and freedom. Rabbi Yosef Blau, mashgiach ruchani of Yeshiva Rabbeinu Yitzchok Elchanan, and this writer, as rav of the host shul and Igud director, sat at the dais. Dr. Asher Lipner, a psychologist and leader in the fight against child abuse, read aloud a proclamation from the Assembly of the State of New York extolling the event and its sponsors, which included Met Council (Metropolitan Council on Jewish Poverty), The Jewish Press, Maimonides Medical Center, the Vos Iz Neias website, Zev Brenner and TalkLine Communications, the Rabbinical Alliance of America-Igud Horabbonim, and the Coalition of Jewish Advocates for Children.

The camaraderie and singing reached emotional heights and the participants, swaying with the music, rose from their seats and joined in communal dancing. Young men, some in modern garb and others in chassidishe attire, rhythmically ran back and forth. A feeling of freedom and security permeated, as though massive burdens were lifted off the shoulders of a newly freed people.

Just a few years ago, reports of child abuse were routinely covered up. No one wanted to even think about it, much less discuss or report it. If the authorities investigated or arrested someone from our community for child abuse, the authorities were condemned for, in effect, embarrassing the entire community.

Today, we are light years beyond that Neanderthal way of thinking. Today, there are shouts condemning the authorities for not doing enough to keep molesters off the streets and our children safe. Books are published for children, on their level of understanding, concerning what to watch out for and how to act in threatening circumstances at home or outside. Today, our leading organizations have child safety on their agendas. Meetings on how our institutions must protect children are held behind both closed and open doors and fully reported. Of course, more has to be done. One case of abuse is one case too much.

The Voice of Justice Model Seder was another step in the effort to combat child abuse. It followed last year’s Seder, as well as numerous conferences held throughout the five boroughs of New York City and in cities with observant communities across the United States.

The list of names of those who have given of themselves in this successful battle is too long for this space. The names will be published and honored in future columns. As the battle continues, we must focus on winning the war, something that is within our grasp. That day, we all pray, will be very soon.

One would assume that a kol koreh proclamation that storms against, of all things, handmade matzahs, must have some explosive reasoning. What could be more genuinely representative of our Jewish heritage? Handmade matzahs, everyone readily agrees, were eaten by our ancestors as they fled Egypt and slavery. Handmade matzahs are what our forefathers ate at family Seders throughout the millennia.

One might think the posters against handmade matzahs focused on the method of grinding the wheat kernels. The members of our observant communities that are ultra-meticulous in preserving traditions and in having their matzahs handmade actually require that the wheat be ground manually. This takes much effort and envelops those in the process in clouds of wheat dust. Matzahs made by hand from wheat that is manually ground, needless to say, are labor intensive and quite expensive.

Rabbi Shmuel Wosner, revered author of Shevet Levi and universally accepted posek, traveled to the establishment of production and confirmed that the machines being used are the very same type used in regular square machine matzahs. However, the machines were reconfigured to produce imperfect roundish matzahs that have the appearance of being made by hand. Rabbi Wosner confirms that the machines are, in principle, exactly the same. 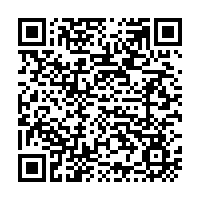