Hi, I’m not sure how writing to an advice column can help, but I feel so alone and have nowhere to turn. My 25-year-old daughter is addicted to prescription pain killers (Percocet), and so far she doesn’t seem to want help or even acknowledge that she has a problem. About two years ago she was in a horrible car accident. She was given pain medication, yet continued taking it long after the doctors stopped prescribing it for her. She keeps going from doctor to doctor telling them of fictitious aches and pains, convincing them to prescribe various pain medications. There are some months where she can go to more than 10 doctors! She has also called Hatzolah and had herself admitted to the hospital. Why, you ask? Evidently, after being admitted she is then able to get the “stronger stuff” by I.V., while continuing to take the pills she brings with her.


When I try to reason with her, we end up arguing and I have to walk away. I fear for her life. She has a 4-year-old daughter, my granddaughter, who I’m currently responsible for. While I appreciate having my granddaughter around, I am well aware that she would be better off having two healthy parents. As a result of my daughter’s addiction, she and her husband have separated. While I can’t blame him, it’s extremely difficult to explain all of this to my granddaughter.

In the back of my mind, I also fear for my granddaughter’s wellbeing. She will sometimes call me Mommy when we are out in the park or the pizza shop, and I understand it is because I am filling that role in her life. She is a sensitive child and will never do that in front of her mother, yet it hurts me to see her in this position.

My daughter’s history of abusing pills has seen many ups and downs. About a year ago, she was in a treatment facility. However, she relapsed this past Pesach. She blames it on her siblings coming for Yom Tovwith all their children, which she says stressed her out and she needed to take the pills to cope. I so badly want to help her, and protect my granddaughter at the same time. I try to give my daughter a stress free life – I pay the bills, take her daughter to school, etc. yet it seems that once she starts popping those pills, there is no stopping her.

Welcome! Please know that you are not alone! There are many people who suffer from the disease of addiction. It does not discriminate and continues to afflict people from all socioeconomic circles. This disease kills, and those afflicted will face the choice of either death, jail or institution – unless they seek recovery. What we must realize is that it is a disease, and those afflicted by this disease need help and treatment to stop.

I recall the time I finally acknowledged that my first husband was an addict. My initial instinct was to “fix” him and his addiction. I tried canceling all of his online prescription orders and flushed whatever I found of his pills down the toilet. Yet as the whirlwind continued, I was becoming sicker. I learned later on that by fixing all the obstacles that came our way as a result of his using I wasn’t allowing him to hit “rock bottom,” and see how the addiction was affecting his life and ours.

For example, he once had a car accident and sideswiped a neighbor’s car. The neighbor approached me and I told her that I would pay for it, and she should not bother him. I did this in order to save him from the embarrassment. In reality, I was enabling him to avoid dealing with the consequences of his addiction. At that point I thought I was protecting him from stress, which I thought was the catalyst for his using. However, I was helping him use by shielding him from the consequences of his actions.

After a couple of years of this ensuing madness, I was at my wits end and realized that nothing I was doing was stopping or even curtailing the active addiction. I was not a good treatment center. Someone suggested that I go meet with Rabbi Abraham J. Twersky. I went, and poured my heart out to him. 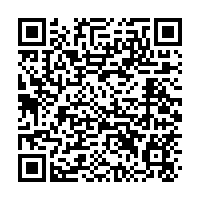