Last week in this space a woman who is a wife, mother and doting grandmother opened up and bared her soul, sharing the anguish she has lived with for the better part of her life — ever since a man more than twice her age, entrusted as a guide and mentor of teenage girls, took advantage of her naiveté to feed his perversion.


Those who may question how an eighteen-year old could have been so naïve might take into account that over 40 years ago we lived in a far more innocent time when such despicable behavior, on the part of a leader no less, would have been unthinkable.

For that matter, even in this day and age of unrestrained immorality, 18-year old girls raised in sheltered frum communities are doubtlessly more vulnerable to exploitation than their more savvy counterparts.

Rather than chastise yourself over your gullibility, you have every reason and right to stand tall and proud; you picked yourself up and embarked on a virtuous path of building a bayis ne’eman with dignity — despite the searing pain and devastation that could have kept you down, had you allowed your agony to overpower you.

Left unsaid but gleaned from your well-presented narrative is that the love and support of a sympathetic spouse and caring family have made your life more than simply bearable. That and your emunah in Hashem have kept you going…

At this point, I take the liberty to address another sensitive issue subtly alluded to in last week’s column: “I went from heartache to my first bout with depression.”

Those of you who are abreast of current events can hardly have missed the screaming headlines of a tragedy that befell a Kennedy daughter-in-law just a few months back. When the 52-year old mother of four children committed suicide by hanging, her estranged husband and sister-in-law — in a shameless attempt to deflect culpability from where it really belonged, went to great lengths to publicly blame the distraught woman’s ills on her history of “periodic depression.”

“She had a wonderful life with brilliant children, a successful career as a designer, and deep and abiding friendships with people across the globe…” gushed the sister-in-law, aka her best friend. It was the demons she battled and her struggles with depression that did her in and robbed her children of their mother. Or so the Kennedys would have us believe.

The sordid details they conveniently omitted: The poor woman was tormented as well as humiliated by her estranged husband’s flaunting of his relationship with a younger woman as he sought to wrest custody of his children from their devoted mom on the basis of her being an “unfit” mother; he had left her broke and drowning in debt, unable to pay for even barest necessities; she was on the verge of losing the roof over her head, the house she had built and made into a home where she had lovingly raised their children…etc., etc.

The mental cruelty and emotional abuse that Mary Richardson Kennedy was made to endure by the father of her children would have been enough to push a perfectly healthy woman to the brink of despair. This is not to infer that mental depression does not exist; unfortunately it is an illness that afflicts millions, but it can be treated with medication and psychotherapy — and the value of a supportive, understanding and loving spouse in the picture is inestimable.

In point of fact, there are people predisposed to mental illness who will evade its symptoms altogether by living the life of Riley (a carefree and stress-free existence). On the other hand, a pressured lifestyle and / or stress resulting from physical illness or emotional upheavals have been known to trigger depression.

Getting back to where we were… whereas feeling compassion for another’s heartbreak speaks well of us, the heart-tugging chronicle of Older, Wiser and Scarred was meant to do more than move us to tears — it was meant to awaken us to the dangers of complacency, to shake us up to the reality that sick people sometimes integrate well into our inner circles where we believe our innocents to be in the hands of trustworthy care, and to motivate us to do everything we can to ensure that our children ­– yes, even our 18-year olds – are taught to be wary of anyone attempting in any way by any means to violate their innocence. 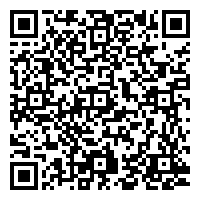