It is hard to believe that Elul is upon us and that the Day of Judgment is only one month away. In a short 30 days we must face our Creator and have our deeds evaluated in the hopes of a receiving a merciful blessing for a good and healthy year. We spend the month of Elul focused on repentance, and we learn the holy books of mussar to inspire us to grow and change.

Over the past two months I have learned some important lessons from a brave mouse. Are we permitted to learn from the animals of the world? Chazal tell us that if we did not have the Torah to guide us, we would be able to learn how to behave by studying the animals. We could learn modesty from the cat, industriousness from the ant, and fidelity from the dove. As I have exhaustively searched for my illegal tenant, I have realized that not only is this mouse smarter than me, but that I can learn from its actions.

Chazal tell us that we can learn from all of Hashem’s creations. We can learn from the industrious nature of an ant – it lifts large amounts of food for storage when it will not live long enough to enjoy the large reserves of food it is toiling so hard to store.

A mouse of my acquaintance took up residence in a large industrial kitchen. One night it tore into three bags of flour in order to enjoy a midnight snack. The 150 lbs of flour that we had to discard could have provided hundreds of years of nourishment for it and its descendants. I wondered why it did not just stick with one bag; why ruin three bags of flour in one evening binge? I wondered whether it was the excitement of breaking into a new bag; once it had free reign, one bag was not enough.

The next week, I had ten bags of jellybeans in my office in preparation for a camp activity. Like the mouse, I had to try all ten flavors. This experience comes up often in the course of our lifetimes. We often become heady with the feeling of having free reign, neglecting to think about the repercussions of our actions. During these days of teshuva, however, we are reminded that we cannot always eat what we want or spend our lives doing whatever we wish. We came to this world for a purpose, and we must focus on our goals in order to live successful lives. Living a life of never-ending jellybeans will allow us to enjoy the bounty of Hashem’s beautiful world, but it must be accompanied with efforts to change ourselves for the better. In the absence of growth-oriented pursuits, we are living the lives of the wild mouse or the relentless jellybean-eaters. Hashem gave us the Torah and its commandments in order to guide us in living a life of meaning and purpose throughout the year.

Shortly after the mouse-in-the-flour episode, I met my friend the mouse in the bakery and watched as he was cornered, a glue trap on one side and a broom-wielding kitchen worker on the other. The mouse apparently chose to face a six-foot tall man rather than a six-inch long mousetrap. The mouse ran straight at us, and as the frightened worker hopped on the chair and I stepped aside in a temporary state of shock, the mighty mouse ran towards his freedom. Amazingly, despite the great disparity in our sizes, the mouse appeared to be less scared of us than we were of him!

It reminded me that fear and respect is often wasted on relatively silly fears, instead of reserving our awe for that which is worthy of respect. Try to recall the fear that races through your heart when you see the flashing lights in your rearview mirror as you get pulled over to the side of the highway for exceeding the speed limit. Remember the feeling of trepidation as the man with high black boots and shiny buttons asks for your license and registration. While this experience generally does not yield more pain than a fine and points on your license, the fear of the eight-inch piece of paper leaves you begging for mercy with the respect and dignity reserved for royalty. Are we not embarrassed at the contrast between the respect accorded to a stranger with ticket-wielding power and the lack of reverence that we display to our Creator when we speak to Him three times a day? When I consider that during these days of judgement, everything is on the line, in contrast to the small fine administered in the course of speeding ticket, I realize that my priorities are not aligned with the reality before me. 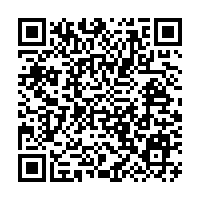