I know I’m going to be crucified, but if the appeal I make below helps even one girl in shidduchim, then it will be worth all the fury and outrage that shall inevitably descend upon my soon-to-be beleaguered head.

The other night, I was invited to a fascinating new shidduch initiative. Endorsed by leading rabbonim and spearheaded by a few righteous women valiantly trying to transcend the spiraling “shidduch crisis” in some small but meaningful way, the concept was to bring mothers of eligible young men together with young women looking for shidduchim (members of both groups were pre-screened and issued personal and discreet invitations by the organizers) in both a balabatish setting and a dignified way.

Everybody knows that the experiences of boys in shidduchim–in contradistinction to their female counterparts–is vastly different. This is the harsh truth: The mothers of “good boys” are bombarded with shidduch suggestions on a daily basis – a veritable barrage of resumes either flooding their fax machines or pouring out of their e-mail inboxes– while those with similarly “top” daughters sit with pinched faces anxiously waiting for the phone to ring. The disparity is bare, bold-faced and veritably heartbreaking: In the shidduch “parsha,” boys are constantly being courted and pursued, while the best girls’ resumes barely elicit a modicum of interest.

To rectify this inequity, a few concerned mothers brain stormed together and concluded that “shidduch resumes” (which never even existed as a concept when I was dating 35 years ago) fail to accurately capture the essence of the person being “summed up” and often–especially in the case of the girls– get lost in the shuffle. One organizer told me: “The boys’ mothers barely give the girls’ resumes a passing glance–they are so overwhelmed by the sheer numbers coming their way–and it becomes a daunting task to sift through them. And the resumes themselves are severely limiting. Can you really get a genuine sense of who the girl is from the resume? What does it tell you about her personality, her character, her intellect, her neshoma? It is demeaning to reduce a girl to a few sentences.”

The rationale underlying the new shidduch initiative was this: If eligible girls would be given personal and meaningful “face time” with prospective mother-in-laws, they would be able to present their qualities far more efficaciously than a cold and lifeless curriculum vitae.

Now for my full disclosure: I am the mother (baruch Hashem) of a great boy. He is continuously sought out, “in perpetual demand” (kinehora). I should be grateful that in shidduchim, he “wields the upper hand.” But as a woman who identifies with and feels great compassion for the throngs of girls in a parallel universe who are not being chased, I feel a little sad each time the fax machine cranks out yet another resume for my son. I know full well that there are fantastic girls out there who are his equals–perhaps even his superiors–who are NOT receiving comparable treatment. They are neither being hounded nor pursued half as vigorously as he, and they are denied the latitude of choices that he receives every day. I ache for their mothers who repeatedly call the shadchanim who never call back, but are visibly more responsive if you are the mother of a boy. Inwardly, I rail against the unfairness of it all (although the shadchanim are completely innocent of any wrongdoing, whatsoever; it is the system that is at fault– not they—the stark realities of supply and demand). Thinking of the mothers who do not have the privilege to wade through as many resumes as me, I try consciously not to revel in the continuous stream that cascade over my desk. I know how fortunate my son is, and I feel for those who aren’t.

So, when one of the extraordinary women who organized this event invited me to participate, I was actually reluctant to attend. Quite simply, there was no need. But because I like and respect this woman so much, and wanted to validate her efforts, I RSVP’d “Yes.”

The organizer assured me that there would be facilitators on site who would introduce each girl to every mother. The facilitator would escort the mother to the tables where the girls sat, and be hyper-vigilant that no girl gets bypassed. I wondered how many girls would feel comfortable with this arrangement and actually show up, but as I said before, I wanted to support my acquaintance’s endeavor with my physical presence, so I went. 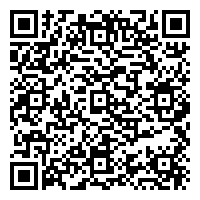