My problem is something that I am coming to terms with, but as I have been reading your column for years, I am hoping you can be of some help. Once upon a time, I would have suffered in silence, but now I hope that a discussion can help others.


I live in a large urban frum community known for its yeshivos, organizations and institutions. There are sizeable contingents of every “flavor” of Jew: Ashkenazi, Sephardi, Modern Orthodox, etc. Before our family moved here to partake of the educational resources for our children, we lived in several smaller communities and one other large urban city where different types of Orthodox Jews came together in various shuls and programs. In each community, smaller groups and families maintained their standards of tznius, hashkafos and divergent minhagim largely without judgment and usually with a degree of openness.

Unfortunately, people who heard we were moving to our new location told us things would not be like that here. I didn’t believe it at the time, but alas, they were right. So far, we have been made to feel socially isolated and only marginally important.

No matter what social gathering we attend, melave malka, wedding, a simple lecture or B’nos group, people are very guarded, perhaps because there seems to be so much competition between them.

I have met many people over the years and am adept at small talk and making solid friendships. I have never encountered such a culture of coolness and competitiveness among frum people. I fear that despite all the learning and observance of mitzvos that takes place in this “community” we are failing our ultimate mission as Jews. We are taught to be mekabel kol adam besever panim yafos. Imagine how much different things would be here if people took this idea to heart? Wouldn’t this enhance our ability to recognize sincerely the Tzelem Elokim in each person and to draw closer to Hashem’s ultimate rule?

Thank you for taking the time to write to us. Some time ago we featured a letter from a baalas teshuva who was experiencing similar frustrations as you express. I know that there are, unfortunately, groups of people who act this way, but I am not sure why.

It hurts when people are unfriendly to me until they find out that I am “Dr. Respler.” Shouldn’t people be friendly to everyone? When I get warmth only after they know who I am, I feel the pain for others who have to struggle with coolness.

If you go to a simcha and see someone sitting at a table alone, sit down and start up a conversation. What does it cost to say hello? Will it hurt us to be a little more caring, friendly and less self-focused? So what if someone is less frum, less educated, or has less money than you? Does that mean that he or she doesn’t deserve the same friendliness you would accord someone you considered your equal?

That being said, sometimes people are shy and are perceived as being cold. When people are unfriendly to me, I greet them and they generally respond. Perhaps you could try saying hello to those who are cold to you – you might be pleasantly surprised.

I once met a very rich, confident successful man who told me that he lived in a snobby community. Whenever someone would snub him in shul, he would go over, greet the person warmly and wish him or her a “Gut Shabbos.” The person would have no choice but to respond in kind.

I don’t want people to perceive this letter as a reflection of Klal Yisroel, since it only portrays a select few. Let us hope that your letter has a meaningful influence on us all and will bring the coming of Moshiach soon. Hatzlocha! 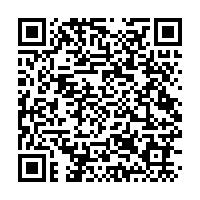